The first skirmishes were in New York Saturday afternoon, when about 150 protesters gathered in Foley Square in the financial district, The New York Times reported. The demonstrators were moving slowly and police ordered them to move along and clear the sidewalk. When the pace didn't pick up, police moved in and made 20 arrests, the Times said.

In Atlanta Saturday night, 20 protesters were apparently leaving their tent encampment in Woodruff Park around 11 p.m. to comply with a curfew when they were confronted by police in riot gear, The Atlanta Journal-Constitution reported. With a helicopter hovering overhead, police on motorcycles and horses surrounded the park and the arrests were made.

Police in Anchorage, Alaska, arrested two men outside a bank for a stunt of spilling fake money on the sidewalk as part of the protests, KTUU-TV reported.

In Canada, a woman in her 20s at the Occupy Vancouver tent city died Saturday afternoon, the Vancouver Sun reported. The woman was in a tent with no vital signs when rescuers arrived, the Sun said. The cause of death wasn't immediately known, police said.

The protesters are part of a loosely-knit national movement demonstrating against the poor job market, home foreclosures, the cost of higher education, corporate greed and U.S. wars in Iraq and Afghanistan. 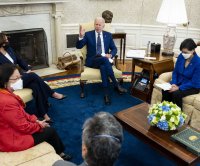 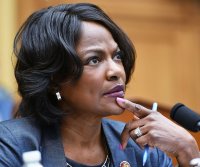