FORT WORTH, Texas, Nov. 3 (UPI) -- A Texas woman convicted of helping her boyfriend kill his parents won an appeal of her death sentence Wednesday that appears likely to spare her from execution.

The Texas Court of Criminal Appeals ruled that Chelsea Richardson must get a new sentencing hearing, the Los Angeles Times reported. But her lawyer, Robert Ford, said Tarrant County District Attorney Joe Shannon has agreed to a life sentence.

The court found that Shannon's predecessor, Michael Parrish, withheld evidence from the defense during the punishment phase of Richardson's 2005 trial.

Shannon, in a statement, said the death penalty should not be used "when there is even an appearance of impropriety on the part of a prosecutor who formerly worked in this office."

Richardson and Andrew Wamsley were convicted of the capital murder of Rick and Suzanna Wamsley of Mansfield, Texas, so their son could inherit more than $1 million. The couple were shot and stabbed in 2003.

Wamsley got a life sentence, while Susana Toledano, Richardson's roommate, pleaded guilty and got life with parole eligibility in 30 years.

Parrish testified he was privately censured for his conduct, Ford told the Fort Worth Star-Telegram. But Ford told the Times an open investigation is needed.

"It ought to be addressed so it doesn't happen again," Ford said. "This guy in my opinion is a criminal and we need a special prosecutor to look into it."

U.S. News // 6 hours ago
Mail voting: What experts say about fraud and how to send a ballot
Sept. 18 (UPI) -- With 46 days left until the 2020 presidential election, a dozen states have begun voting by mail -- a method that's been around for decades and will play a much greater role this year due to COVID-19.

U.S. News // 8 hours ago
Blue Bell to pay $17M penalty for 2015 listeria outbreak
Sept. 18 (UPI) -- Blue Bell Creameries has been ordered to pay more than $17 million in penalties for shipping products connected to a listeria outbreak in 2015. 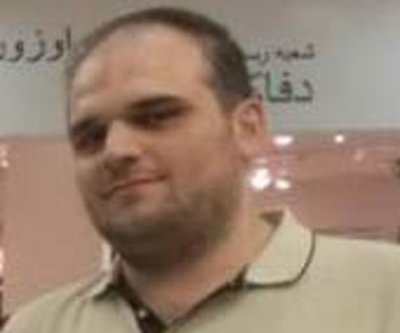 U.S. News // 12 hours ago
U.S. targets Iran-backed hackers with sanctions, charges
Sept. 17 (UPI) -- The United States indicted and sanctioned dozens of Iranian hackers as part of a larger multiagency effort to disrupt cyberattacks connected to Iran's Ministry of Intelligence and Security and the IRGC.