Kaff spent 33 years as a foreign correspondent, news editor and bureau manager for UPI. Later he worked in public relations for Cornell University.

He covered the last year of the Korean War, the Indochina conflicts that led to the Vietnam War, the Communist-Nationalist Chinese artillery battles at Quemoy and Matsu in the Taiwan Strait, Japan's economic development and Olympic games, interviewing such historic figures as Ngo Dinh Diem of South Vietnam and Ho Chi Minh of North Vietnam, as well as Chiang Kai-shek of Nationalist China.

"In Asia, I met everyone from Princess Margaret to Queen Elizabeth II (no cameras allowed) to Imelda Marcos, from Van Heflin to Helen Hayes, from Mark Clark to Maxwell D. Taylor, from Billy Graham to Maggie Higgins to William Lederer to James Michener. I even shared a room with Michener in the Tokyo Foreign Correspondents' Club," Kaff wrote in a piece for Overseas Press Club's OPC Bulletin.

"I interviewed Marlon Brando in a Tokyo taxicab that was taking him to the airport, and I even danced with Imelda Marcos. But I did not ask her how many pairs of shoes she owned."

Among the more memorable stories he said he covered was the February 1966 crash of an All Nippon Airways Boeing 727-81 passenger plane into Tokyo Bay that killed 133 passengers and crew. That was followed a month later by the crash of a Canadian Pacific DC-8 at Tokyo's Haneda Airport, killing 64, and the crash the next day of a BOAC Boeing 707 over Mount Fuji, killing 124.

Born June 14, 1920, Kaff grew up in the Missouri River town of Atchison, Kan., playing trumpet in the high school marching band. He served as a U.S. Army clerk typist in the southwest Pacific during World War II and later in Japan and Korea was editor of the 45th Division News.

He is survived by his wife Diana, two sons and four grandchildren.

U.S. News // 3 hours ago
Buffalo shooting: Biden, first lady travel to N.Y. to speak with families, first responders
May 17 (UPI) -- President Joe Biden traveled to upstate New York on Tuesday to meet with community leaders and families of the victims who were killed last weekend in a mass shooting at a Buffalo supermarket. 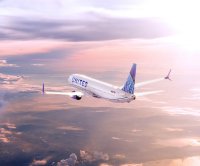 U.S. News // 50 minutes ago
United Airlines: FAA gives thumbs up for return of Boeing's 777
May 17 (UPI) -- United Airlines said Tuesday that the Federal Aviation Administration has given clearance for 52 of the Boeing 777 airplanes with Pratt & Whitney engines to fly again after an engine failure grounded the planes.

U.S. News // 1 hour ago
Police arrest suspect in possible hate crime shooting at salon in Dallas' Koreatown
May 17 (UPI) -- Authorities in Dallas said on Tuesday that they have arrested a suspect in a shooting at a hair salon in the city's Koreatown area last week that they believe was a hate crime.

U.S. News // 2 hours ago
Agents uncover drug tunnel running from San Diego to Tijuana in Mexico; 6 arrested
May 17 (UPI) -- Federal authorities say they have uncovered a long and sophisticated tunnel that runs from Southern California to Mexico and was built to send large amounts of drugs past border guards. 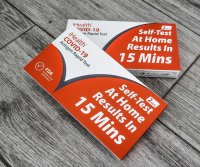 U.S. News // 2 hours ago
White House makes more home COVID-19 test kits available at no cost
May 17 (UPI) -- The White House announced on Tuesday that a third round of home COVID-19 tests are being made available to the American public, and urged people to continue testing and taking precautions to avoid spreading the virus.

U.S. News // 6 hours ago
Teen dies after being buried under collapsed sand dune in Utah state park
May 17 (UPI) -- Officials said a 13-year-old died over the weekend in a Utah state park after a dune he had been digging a tunnel in collapsed, burying him in sand.

U.S. News // 9 hours ago
Amber Heard alleges years of abuse as cross examination begins
May 16 (UPI) -- Actress Amber Heard continued to testify in a defamation case brought against her by her former husband, actor Johnny Depp, detailing years of violence she allegedly sustained during their nearly five-year relationship.
Advertisement