PHILADELPHIA, Oct. 17 (UPI) -- The FBI has joined the case of four mentally disabled adults held in a Philadelphia subbasement in an alleged plot to steal their Social Security checks.

Philadelphia police say the case may be part of a larger scheme, with more possible victims.

Weston, the alleged ringleader, served eight years in the starvation death of Bernardo Ramos, 25, after he refused to support her sister's unborn child, The Philadelphia Inquirer reported.

Also arrested was Weston's boyfriend Gregory and Wright, a homeless man who neighbors said called himself a minister.

A preliminary hearing on the charges and evidence in the case was set Monday for Oct. 24. Pleas were expected to be entered at a formal arraignment, whose date was not immediately set.

The alleged victims -- three men and a woman, ages 29 to 41 -- were treated for malnutrition and put in the care of mental-health officials, police said.

The four were interviewed with the help of mental-health experts, police said.

"What went on was pure evil," Philadelphia police spokesman Lt. Ray Evers was quoted in the Inquirer as saying.

Police said they were alerted to the case Saturday by the building's landlord, Turgut Gozleveli, who said he found the people, looking malnourished and surrounded by excrement, in a tiny 10-foot-by-15-foot subbasement room.

The northeast Philadelphia building is a former movie theater converted to a seven-unit apartment house.

The alleged imprisonment "may just be the top layer of what they were doing," Evers said.

One of the suspects allegedly had identification documents for dozens of people, a search determined, officials said.

The FBI got involved because of the interstate travel, which may have included traveling with the victims in Texas as well, Evers said.

Weston is believed to have been in McLean, Texas, population 830, with some or all of the alleged captives, Evers said. 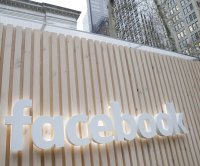 U.S. News // 3 hours ago
NLRB alleges Google spied on, then fired 2 workers
Dec. 3 (UPI) -- The National Labor Relations Board has filed a complaint alleging Google spied on two of its workers before firing them in violation of U.S. labor law.