The Texas governor's video depicts the former Massachusetts governor as the inspiration for President Obama's healthcare reform and as a serial flip-flopper who shouldn't be president, The New York Times reported Monday.

Perry's video showcases a clip of an old "Meet The Press" segment in which the late Tim Russert interviewed Romney asking him if the health plan is working in Massachusetts, "why wouldn't you apply it to the rest of the country?"

The video ends with Romney saying "there are a lot of reasons not to elect me," and President Obama in voice-over saying "he's right."

In response the Romney campaign called Perry a "desperate candidate" who has a "problem with the truth."

"In trying to deflect attention from his liberal in-state tuition policy for illegal immigrants, he has resorted to repeated dishonesty, distortions, and fabrications about Mitt Romney," Romney communications director Gail Citcho said.

The Democratic National Committee weighed in on Monday when it unveiled a Web site, whichmitt.com, where visitors may take a Romney quiz. Each question offers two statements ostensibly in opposition with each other but in each case the answer is that Romney uttered both, the Times said. 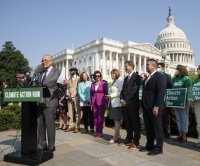 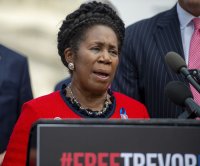