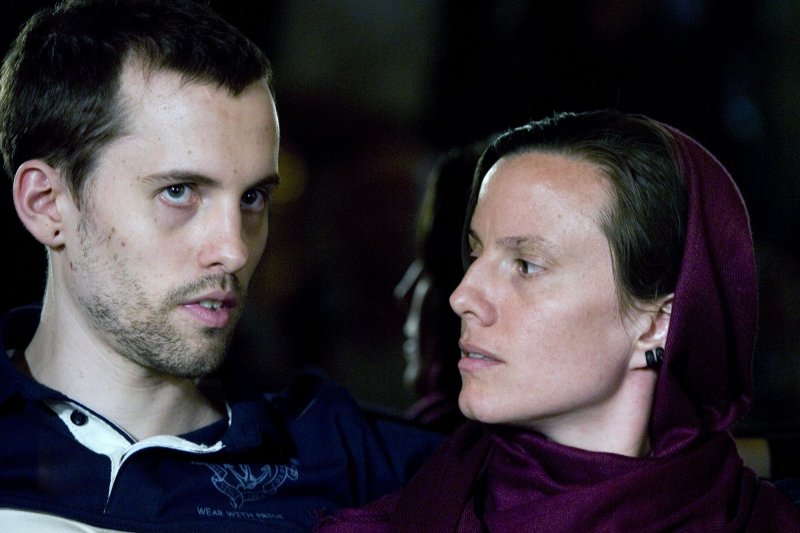 Jailed Americans Shane Bauer is shown with Sarah Shourd during a reunion withe their moms at a hotel in northern Tehran, Iran on May 20, 2010. UPI File Photo/Maryam Rahmanian | License Photo

NEW YORK, Sept. 25 (UPI) -- Two freed U.S. hikers arrived in New York Sunday after being held as spies in Iran when they hiked across the Islamic Republic's border in 2009.

Josh Fattal and Shane Bauer were all smiles as they stepped off a flight from Oman and prepared to deliver remarks at a news conference, CNN said.

The pair flew home from Oman after they were released on a combined $1 million bail by the Persian Gulf nation.

"Just hours after we left prison, we were able to swim in the calm waters of the Gulf," Fattal said in a written statement while in Oman. "We stayed up all night with our loved ones and watched the most beautiful sunrise we have ever seen."

Fattal and Bauer were allowed to leave Iran the day before Iranian President Mahmoud Ahmadinejad addressed the United Nations. Both have maintained they and a third hiker, Sarah Shourd, mistakenly crossed the unmarked border between Iran and Iraqi Kurdistan.

Shourd was released from prison on a $500,000 bond a year ago on medical grounds and is engaged to Bauer.