The anti-gun regulation being proposed by the school's administration, which also would cover campus sports events, is expected to be taken up by the university's governing Board of Visitors in December, The (Norfolk) Virginian-Pilot reported Monday.

The move follows a July opinion issued by Virginia Attorney General Ken Cuccinelli that holders of concealed-weapon permits could bring guns into buildings of universities in the state. Cuccinelli pointed the way around that by saying schools could enact regulations, which have the power of law that policies do not.

And he said the U.S. Supreme Court allows limits on the Second Amendment right to bear arms. The court has said the government may enact "laws forbidding the carrying of firearms in sensitive places such as schools and government buildings."

Cuccinelli said the state Supreme Court, which upheld George Mason's regulation, found it "is tailored, restricting weapons only in those places where people congregate and are most vulnerable -- inside campus buildings and at campus events." But the ruling said weapons are allowed "on the open grounds of GMU and in other places on campus not enumerated in the regulation."

The Virginia-Pilot said Old Dominion, a public university in Norfolk with more than 24,000 students, was modeling its regulation on George Mason's.

An ODU student was fatally shot in a rental house near the campus in June and there have been a series of robberies in neighborhoods adjoining the campus, the newspaper said. 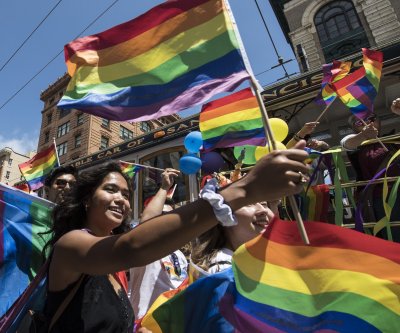 U.S. News // 3 hours ago
Coronavirus: Capitol to remain closed to visitors through May 1
March 30 (UPI) -- The U.S. Capitol and its surrounding buildings will be closed to the public for another month after President Donald Trump extended restrictions amid the coronavirus pandemic, federal officials announced Monday.

U.S. News // 4 hours ago
Ohio bill would relax rules for athletes wearing religious clothing
March 30 (UPI) -- An Ohio legislator is sponsoring a bill that would ban requirements that student athletes get a waiver to wear religious apparel while competing.

U.S. News // 5 hours ago
N.Y. man dies 3 months after hate crime-related machete attack
March 30 (UPI) -- A New York man who was attacked at a Hanukkah celebration at a rabbi's home three months ago has died from his injuries, officials said.