NEWPORT BEACH, Calif., Aug. 30 (UPI) -- A Southern California man was out on bail Tuesday after he allegedly tossed his crying son off a tour boat during a weekend harbor excursion, authorities said.

Sloane Briles, 35, Irvine, allegedly warned his sobbing 7-year-old he would throw him overboard if he did not stop crying and then indeed heaved the boy into Newport Harbor while a crowd of stunned sightseers looked on.

Jim Amormino, a spokesman for the Orange County Sheriff's Office, told the Los Angeles Times Briles apparently had been drinking when he got into an argument with his girlfriend while on a Sunday harbor cruise with more than 80 other passengers.

Authorities said their argument was witnessed by his two sons from a previous marriage, the 7-year-old and a 6-year-old.

Witnesses said the older boy, visibly upset, was walking behind his father when Briles allegedly struck him several times, then picked him up and threw him overboard. Briles then jumped over the side himself.

The boy was fished out by a passing boater.

Deputies said they believed he had been drinking.

Briles was booked on suspicion of child endangerment and resisting arrest.

The two boys were placed in their mother's custody, the Times said. 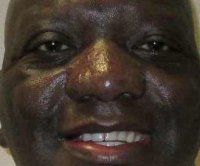 U.S. News // 15 minutes ago
Alabama executes Willie Smith by lethal injection
Oct. 22 (UPI) -- Alabama corrections officials executed Willie Smith on Thursday, eight months after the Supreme Court halted his lethal injection over a dispute about having his pastor present in the death chamber. 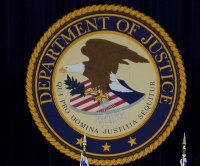 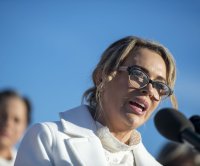 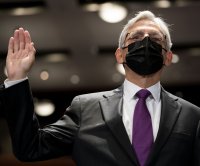