FULLERTON, Calif., Aug. 9 (UPI) -- A California man convicted earlier this year for ejaculating twice into a co-worker's water bottle has been ordered to pay her more than $27,000.

Michael Kevin Lallana, 32, of Fullerton, was ordered Monday by Orange County Superior Court Judge Walter Schwarm to pay the money to the woman for lost wages and medical expenses, as well as for the fee she paid to have the water tested, the Los Angeles Times reported.

Lallana was found guilty in February of two misdemeanor battery charges. His DNA was matched to the semen found in the bottle.

He left the semen-tainted water on the woman's desk at the Northwestern Mutual Finance Network in Newport Beach twice last year, the Times said. The woman drank from the bottle each time.

Though she threw the first bottle away after tasting it and detecting the unusual flavor, she saved the next one for laboratory testing, the Times said. She contacted officials when the lab found semen.

Lallana was sentenced in April to six months in jail and three years' probation, and ordered to register as a sex offender. 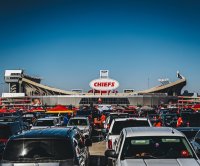 U.S. News // 11 hours ago
U.S. logs $660B budget deficit in March as pandemic stimulus rolls out
April 12 (UPI) -- The United States spent nearly $660 billion more than it collected in revenues during March and its 2021 deficit surged to $1.7 trillion due to pandemic stimulus spending, officials reported Monday.