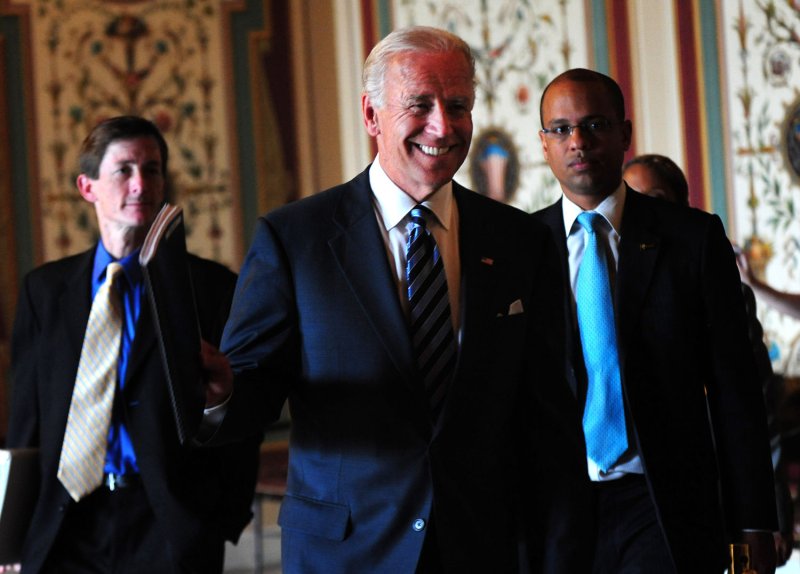 Vice President Joe Biden arrives on Capitol Hill for a meeting with member of Congress on raising the debt ceiling, in Washington on June 22, 2011. UPI/Kevin Dietsch | License Photo

The administration's desire to end waste and inefficiency in government led to about $10 billion in savings last year by ending unnecessary spending as part of an accelerating program to slash federal waste, Biden said.

"We have cracked down on improper payments, like when the government sends a check to the wrong person, in the wrong amount, or for the wrong reason," Biden wrote in an op-ed article published in McClatchy Co.'s 30 daily newspapers in 15 states. "This includes millions of dollars sent to prisoners, and even dead people.

The administration also cut "no-bid" contract spending by $5 billion last year, Biden wrote as he and President Barack Obama remained deadlocked in contentious negotiations with Republicans in a hunt for federal spending reductions.

Obama named Biden last month to lead a government-wide "Campaign to Cut Waste," which Biden said in his article Thursday would make sure "tax dollars are not wasted on government programs that are ineffective, duplicative or just plain unnecessary."

Citing the White House-congressional talks, Biden said: "As the president and I continue to work with Congress to address the federal deficit, we will need to make many tough decisions. We will need to cut programs and consolidate efforts across government."

U.S. News // 17 hours ago
San Francisco court releases Paul Pelosi attack video
Jan. 27 (UPI) -- The police video of the Oct. 28 hammer attack on Paul Pelosi was released Friday by a San Francisco court. It shows the assailant and Pelosi both grasping a hammer held by the attacker, who then suddenly strikes Pelosi.