U.S. District Judge Sam Sparks heard arguments on a challenge by abortion rights groups, the Austin American-Statesman reported. As he questioned lawyers, Sparks said the law's goal appears to be reducing the number of abortions in the state, but he did not hint on how he is likely to rule.

The law requires doctors to do sonograms and listen for fetal heartbeat when women seek abortions.

Bebe Anderson, a lawyer for the Center for Reproductive Rights in New York, argued the law goes beyond what the U.S. Supreme Court has permitted by forcing women to view images of the fetus, listen to the heartbeat or hear doctors' descriptions of the sounds and images. She said the law is also so vague doctors could become criminals inadvertently, citing its mandate that doctors must explain ultrasound images in "a manner understandable to a layperson."

Doctors can face loss of medical licenses and even prison if they are found to have violated the law.

Assistant state Attorney General Erika Kane said the law is not vague. She said the aim is to provide women with better information before they obtain abortions.

U.S. News // 12 hours ago
New Clorox CEO brings female leadership of top companies to record 38
Aug. 3 (UPI) -- When new Clorox Co. CEO Linda Rendle takes control of the company in September, she will push the ranks of Fortune 500 female leaders to a record high of 38. 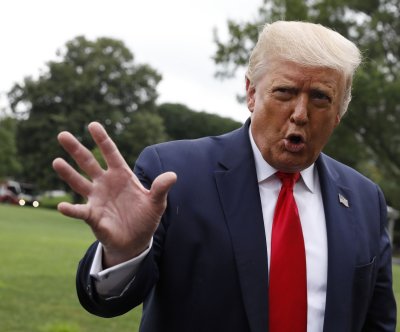