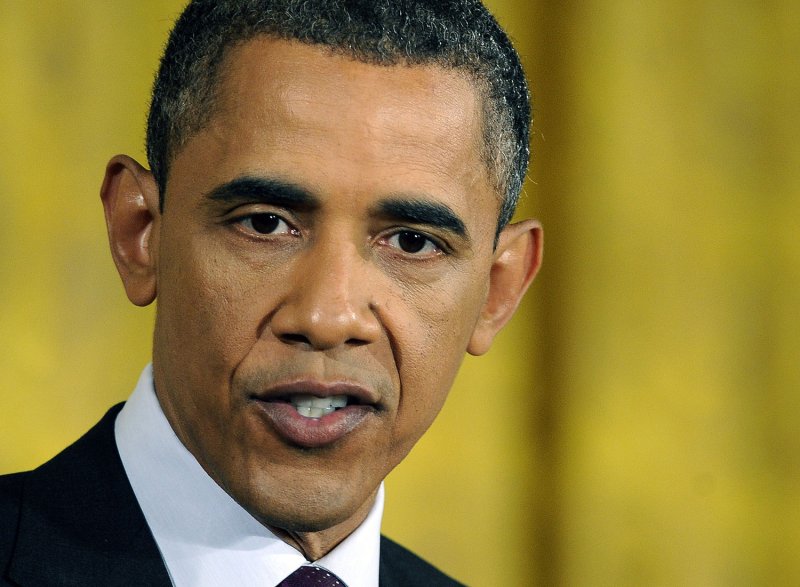 WASHINGTON, June 29 (UPI) -- President Obama issued a warning to Congress about the debt and deficit talks: Reach agreement soon or be prepared to stay in Washington until a deal is struck.

If substantial progress hasn't been made in talks to reduce the deficit and debt and on raising the debt ceiling by Aug. 2, "we're going to have to start canceling things and stay here," Obama said during a 67-minute news conference Wednesday. Vice President Joe Biden has led the bipartisan talks, although Eric Cantor, the majority leader of the Republican-led House, left the table.

"You know, they're in one week, they're out one week, and then they're saying, 'Obama's got to step in,'" the president said. "You need to be here. I've been here."

To claims the debt ceiling must be raised by Aug. 2 is a scare tactic, Obama said, Aug. 2 is the date "we run out of tools to make sure bills are paid."

Consequences of the United States defaulting on its loans would be "significant and unpredictable," leading to potential hikes in interest rates and stymie job growth.

Bills must be paid, he said, and the United States can't opt to pay one over the other.

"For the United States government to start picking and choosing … is not going to inspire a lot of confidence," Obama said. "Which obligations are we going to say we don't have to pay?"

No one wants to see the United States default, Obama said, expressing confidence an agreement can be reached. But, he said, any agreement must be balanced and not rely on cutting spending alone.

Noting that some of the ideas his administration developed to reduce spending won't please his party's base, Obama said congressional Republicans also must bite the bullet with their constituents.

Before asking seniors to pay more for their healthcare or reduce the number of scholarships available for college-bound students or lay off food inspectors, "I think it's only fair to ask an oil company or jet owner to give up tax breaks that no other business enjoys. I don't think that's so radical."

Obama vented frustration at congressional Republicans, saying: "If everybody else is willing to take on their sacred cows to achieve goal of real deficit reduction, I think it would be hard for Republicans to say the tax break for corporate jet [owners] is sufficiently important that we're not willing to come to the table to get a deal done. … I don't think that's a sustainable position."

When all is said and done, though, Obama said he believes an agreement will be reached before the Aug. 2 drop-dead date.

"Hopefully [congressional] leaders at a certain point will rise to the occasion and do what's best for the American people," Obama said. "Call me naive, but that's what I believe."