U.S. Marine take a break during a patrol the Safaar Bazar in the Gharmsir District of Helmand province after IEDs where reported in the area in Afghanistan on August 19, 2010. UPI/Hossein Fatemi. | License Photo

U.S. Marines participate in a security patrol in Gorgak district of Helmand province of Afghanistan on August 25, 2010. As of August 22nd, according to the Department of Defense some 1,223 American service members have lost their lives in a conflict that started close to nine years ago after 9/11. UPI/Hossein Fatemi | License Photo

An U.S. Marine participates in a security patrol in Gorgak district of Helmand province of Afghanistan on August 25, 2010. As of August 22nd, according to the Department of Defense some 1,223 American service members have lost their lives in a conflict that started close to nine years ago after 9/11. UPI/Hossein Fatemi | License Photo

The U.S.-Afghan talks, which began more than a month ago, are intended to create a strategic partnership that would keep large contingents of U.S. Special Operations Forces, intelligence operatives, surveillance equipment and military hardware in the troubled country far beyond 2014 -- the agreed date for all 130,000 U.S. and allied combat troops to leave, the U.S. and Afghan officials told the British newspaper The Guardian.

Despite occasional acrimony in the talks -- which are currently on recess until later this month while Afghan negotiators propose new agreement terms -- both sides see an enduring U.S. presence as essential to Afghanistan's future, in part to protect the country from its neighbors, the officials of both countries told the newspaper.

Washington also sees Afghanistan as a strategic location where U.S. military power could easily be deployed into Pakistan, Iran or elsewhere in the region, the U.S. officials said -- a contentious point with Kabul.

"We will never allow Afghan soil to be used [for operations] against a third party," Afghan national security adviser Rangin Spanta told The Guardian.

PHOTOS: The War in Afghanistan

The U.S. helicopter raid of Osama bin Laden's compound in Pakistan May 2 was launched from Afghanistan.

At least five Afghan bases are likely to house U.S. forces under the agreement, the officials told the newspaper without identifying the bases.

The Times of London reported in February 2009 Washington intended to build two huge new military bases in southern Afghanistan -- one near the Kandahar-Helmand provincial border, where U.S. and Canadian forces are fighting the Taliban, and the other in Zabul, a province largely controlled by the Taliban and criminal gangs.

Washington hopes a deal with Afghanistan can be struck by early summer, before U.S. President Barack Obama's expected July announcement outlining the size and pace of troop withdrawals, U.S. officials said -- something Spanta told The Guardian was "simply not possible."

RELATED Insurgents may have been given U.S. intel

Russia, China and India have made their concerns about a long-term U.S. presence in Afghanistan known to both Washington and Kabul, The Guardian said.

The White House and U.S. State Department had no immediate comment on the report.

U.S. News // 3 hours ago
NLRB alleges Google spied on, then fired 2 workers
Dec. 3 (UPI) -- The National Labor Relations Board has filed a complaint alleging Google spied on two of its workers before firing them in violation of U.S. labor law. 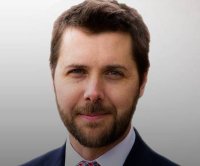