The gap in approval between veterans and active duty military and non-veterans spanned the age spectrum, from 18- to 29-year-olds to those 80 and older, the Princeton, N.J., polling agency said. However, younger Americans generally were the most likely to approve and older Americans the least likely.

Women serving or have served in the military generally were more positive about Obama than male military personnel or veterans, Gallup said.

Results are based on an analysis of more than 238,000 interviews conducted as part of Gallup Daily tracking from January 2010 through April 2011. The margin of error for the total sample is 1 percentage point. The margin of sampling was larger for subgroups of veterans and active-duty military, Gallup said, without giving the percentages.

U.S. News // 1 hour ago
Big bomb cyclone is set to wallop the West Coast
A beast of a bomb cyclone will take shape just off the coast of the northwestern United States and western Canada later this week. 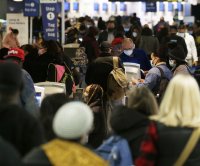 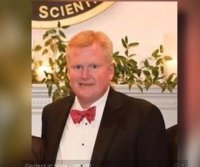