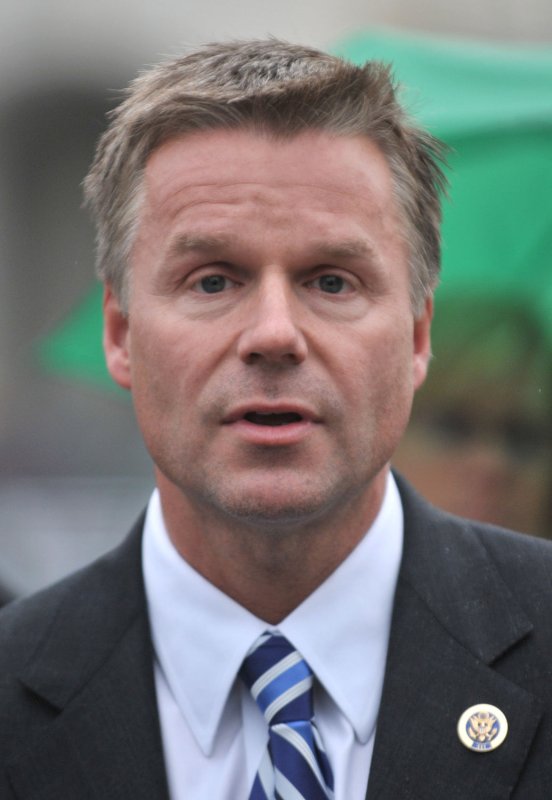 The special election was held after GOP Rep. Christopher Lee (pictured) quit when he was caught sending a shirtless photo of himself to a woman not his wife on Craigslist. UPI/Kevin Dietsch/Files | License Photo

BUFFALO, N.Y., May 24 (UPI) -- A Democrat scored an upset win in a special U.S. House election in western New York state Tuesday, defeating a Republican in a GOP stronghold.

Kathy Hochul -- the county clerk of Erie County -- defeated Republican state Rep. Jane Corwin in one of the state's most conservative congressional districts, The New York Times reported. The seat in the normally Republican 26th District was up for grabs because GOP Rep. Christopher Lee quit when he was caught sending a shirtless photo of himself to a woman not his wife on Craigslist.

Rep. Steve Israel, D-N.Y. -- chairman of the Democratic Congressional Campaign Committee -- said on MSNBC there were three reasons the normally Republican district voted for a Democrat, "in alphabetical order, Medicare, Medicare and Medicare."

Democrats depicted the race as a referendum on the Medicare proposal of Budget Committee Chairman Paul Ryan, R-Wis., and both parties poured money and big-name endorsements into the race, The Hill reports.

President Barack Obama, in a statement issued by the White House, congratulated Hochul.

"Kathy and I both believe that we need to create jobs, grow our economy, and reduce the deficit in order to outcompete other nations and win the future," Obama said in a statement that did not mention Medicare. "Kathy has shown, through her victory and throughout her career, that she will fight for the families and businesses in western New York, and I look forward to working with her when she gets to Washington."

The Center for Responsive Politics says interest groups and parties have spent nearly $2 million on ads.

Public Policy Polling released a survey Sunday with Hochul at 42 percent, Corwin at 36 percent and independent Jack Davis, a self-proclaimed Tea Party candidate at 13 percent. The poll of 1,106 likely voters was taken Saturday and Sunday with a margin of error of 2.9 percentage points.

U.S. News // 1 hour ago
Biden heads to Phoenix to announce opening of second TSMC plant
Dec. 6 (UPI) -- President Joe Biden will travel to Phoenix on Tuesday to announce the opening of a semiconductor plant, which will be one of the largest foreign investments in U.S. history.

U.S. News // 13 hours ago
About 1 in 3 Gen Z workers putting off retirement savings
Dec. 5 (UPI) -- Gen Z workers have pushed off saving for retirement at a higher rate than other age groups in the last two years, a new survey finds.