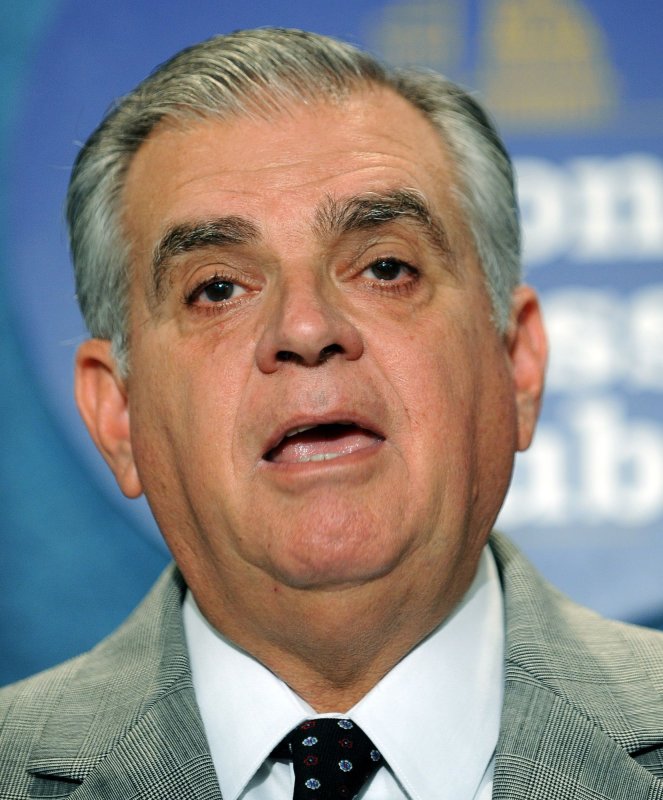 NEW YORK, May 10 (UPI) -- Some U.S. lawmakers and federal officials say they think the Amtrak rail system should impose a no-ride list similar to the airlines' no-fly list for security.

Unlike air travelers, railroad passengers don't have to go through electronic scanners or have their luggage searched before boarding.

Bin Laden was killed May 2 in a raid by U.S. forces in Pakistan.

As part of its budget-cutting work for fiscal year 2011, Congress lopped $50 million from a $300 million grant program meant to enhance rail security.

Given the information uncovered among bin Laden's documents, Sen. Charles Schumer, D-N.Y., suggested lawmakers may want to revisit the cut.

"I think we ought to re-examine that and try to restore that money and maybe make it go a little further," said Schumer, who joined LaHood at the news conference, which was called to announce $2 billion in high-speed rail awards.

Schumer said he though Amtrak could begin to instituting a no-ride list since the carrier knows the names of the people traveling on each train.

"It does not seem that difficult to do," Schumer said. "They are looking at it right now, looking at the feasibility."

U.S. News // 9 hours ago
DOJ pushes through expanded federal execution methods
Nov. 28 (UPI) -- The U.S. Department of Justice opened the door this week to alternative methods of executing prisoners, including death by firing squad, to go into effect before President-elect Joe Biden is sworn into office.