Speaking in NBC's "Meet the Press," he said the Pakistanis "need to provide us with intelligence … from the compound that they gathered, including access to Osama bin Laden's three wives whom they have in custody."

Asked about Pakistani complicity in harboring the terror chief, Donilon said on ABC's "This Week," "I don't have any information that would indicate foreknowledge by the political, military or intelligence leadership" but "these questions are being raised quite aggressively."

He said Pakistan was not informed of the raid in advance for reasons of "operational security," not distrust.

Husain Haqqani, the Pakistani ambassador to the United States, denied his government protected bin Laden and said: "Heads will roll, once the investigation has been completed. Now, if those heads are rolled on account of incompetence, we will share that information with you. And if, God forbid, somebody's complicity is discovered, there will be zero tolerance for that, as well."

"I think the principal thing to take away is that he was engaged not just in being a symbolic leader of al-Qaida, but he was involved in the strategic and operational leadership," he said on ABC.

Donilon also told CNN's "State of the Union" that fact makes the U.S. strike "more significant in terms of its effect on them trying to develop additional leadership and carry out operations."

He said data taken in last Sunday's U.S. raid is "the single largest cache of information that we've gotten from a senior terrorist … the size of a small college library."

Donilon also stated that when President Barack Obama received his last briefing on the proposed attack April 28, "he got divided counsel" and ultimately made the decision to go ahead himself.

On "Fox News Sunday," former Vice President Dick Cheney praised Obama for carrying out the raid but expressed concern that "a lot of the techniques that we had used to keep the country safe ... are no longer available," including "enhanced interrogation," widely considered to be torture under law.

On CBS's "Face the Nation," Sen. John Kerry, D-Mass., chairman of the Foreign Relations Committee, called for a "reset" in U.S.-Pakistan relations.

"I see this as a time for us to be careful, to be thoughtful, to proceed deliberately but determinedly in order to lay on the table the things that we know have to change," he said.

Like Cheney, he denounced a continuing Justice Department investigation of CIA agents involved in "enhanced interrogation." 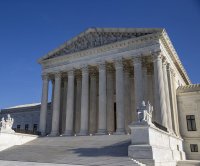 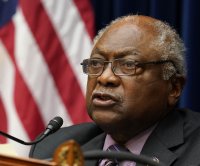 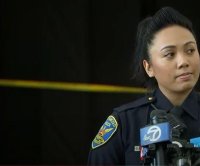 U.S. News // 3 hours ago
U.S. mayors pressed to address cybersecurity precautions
WASHINGTON, Jan. 20 (UPI) -- Cities can't prevent cyberattacks, but they can take steps to mitigate and recover from breaches, the director of the Cybersecurity and Infrastructure Security Agency told the U.S. Conference of Mayors on Thursday.