BP workers use shovels to clean oil from a beach at Port Fourchon, Louisiana, May 24, 2010. Oil has been washing ashore on the coast of Louisiana for the past several days as a result of the BP Deepwater Horizon oil rig explosion April 20. UPI/A.J. Sisco | License Photo

NASA's Terra satellite captured a visible satellite image of the Gulf oil spill on May 17, 2010 from the Moderate Resolution Imaging Spectroradiometer Instrument on-board. The oil slick appears as a dull gray on the water's surface and stretches south from the Mississippi Delta with what looks like a tail. From top left to top right are the states Louisiana, Mississippi, Alabama and Florida. Scientists are worried that the huge plumes of oil could get into a current that would take the oil around Florida. UPI/NASA | License Photo

Soaked in oil, a seabird lies dead in the surf on Elmer's Island, Louisiana, May 21, 2010. Oil began washing up on the beaches and marshes of Southern Louisiana after the explosion of the BP Deepwater Horizon oil rig a month ago. UPI/A.J. Sisco | License Photo

The suit, filed Wednesday in U.S. District Court in San Francisco, is a harbinger of several suits expected to be filed across the country by Our Children's Trust, a coalition of groups concerned about climate change, The New York Times reported.

Most of the individual plaintiffs in the suit are teenagers, a decision observers say was made to emphasize the "future generation" aspect of the public trust that the earth's atmosphere represents.

But while the intent is forward-looking, the suit relies on the public trust doctrine, which goes back to ancient Rome, the Times said. The doctrine has been cited in cases involving the protection of Chicago's lakefront and of Mono Lake in the Sierra Nevada.

Legal experts interviewed by the Times said they were unsure whether the lawsuit could gain legal legs since it argues issues that somewhat overlap with a public nuisance case on which the U.S. Supreme Court is expected soon to rule. Oral arguments were heard in April on the case, brought by several states against the five largest utilities in the United States, that presents greenhouse gas emissions as a public nuisance.

Michael Gerrard, director of Columbia University's Center for Climate Change Law, said filing lawsuits based on different arguments demonstrates environmentalists are "trying to use all available options in view of the failure of Congress" to act on greenhouse gas emissions."

Lisa Heinzerling, an environmental law expert at Georgetown University, said the new suit helped keep the greenhouse gas emissions issue alive "in lots of different settings and having all the branches, including the courts, continually react to it." 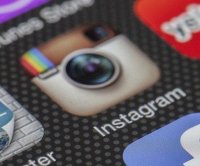 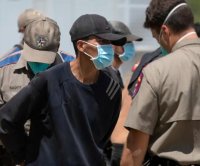