Pakistanis look at the million dollar compound where al-Qaida chief Osama bin Laden was hiding is shown surrounded by hills in Abbottabad, Pakistan on May 3, 2011. Osama bin Laden was killed by U.S. special forces in a firefight on May 1, 2011. UPI/Sajjad Ali Qureshi | License Photo

The backside of the million dollar compound where al-Qaida chief Osama bin Laden was hiding is shown surrounded by hills in Abbottabad, Pakistan on May 3, 2011. Osama bin Laden was killed by U.S. special forces in a firefight on May 1, 2011. UPI/Sajjad Ali Qureshi | License Photo

An Israeli vendor holds a Hebrew newspaper in the Mahane Yehuda Market in Jerusalem with headlines announcing the killing of Osama bin Laden by U.S. special forces in Pakistan, May 3, 2011. UPI/Debbie Hill | License Photo

Musharraf said in a video interview with CNN Monday he recognizes it was U.S. policy to pursue the al-Qaida leader who orchestrated the Sept. 11, 2001, terror attacks on the United States into other nations if necessary, "but that doesn't go well with Pakistani sensitivities."

"I would never be able to support that," he said.

While acknowledging the mission to kill bin Laden was a success "purely from a military point of view" and "peace-loving people of the world, and Pakistanis also, ought to be happy about it ... we cannot indicate in any form that we are willing to compromise on our sovereignty like that."

"I always said he could be in Pakistan or in Afghanistan," Musharraf told CNN. "I always put a doubt in that."

He said over the years there had been no solid intelligence bin Laden was in Pakistan, and anyone who said so was relying on "guesswork."

Bin Laden was finally tracked down at a compound less than 75 miles from the Pakistani capital Islamabad.

He said the U.S. intelligence community should "share the blame partially" for how long it took to pinpoint bin Laden's whereabouts, "but we shouldn't cast any aspersions on ... Pakistani intelligence's intentions of cooperating on terrorism and extremism."

"That must not be done, and unfortunately that is being done, and so therefore is a lack of trust and a lack of confidence in each other," he told CNN, which didn't indicate where Musharraf was when he was interviewed.

Musharraf, 67, became president of Pakistan in a bloodless military coup in October 1999 and was a strong ally of the United States until he resigned in August 2008 under threat of impeachment.

He left Pakistan for self-imposed exile in London, though he has expressed a desire to return to Pakistan to re-engage in politics there. However, in February an arrest warrant was issued by a Pakistani court alleging he was involved in the 2007 assassination of former Prime Minister Benazir Bhutto.

U.S. News // 6 hours ago
Trump criticizes Minnesota leaders over rally attendance size
Oct. 30 (UPI) -- President Donald Trump criticized leaders in Rochester, Minn., on Friday after he was forced to agree to a smaller rally than he wanted due to coronavirus-related restrictions.

U.S. News // 3 hours ago
Walmart returns guns, ammo to sales floors
Oct. 30 (UPI) -- Walmart said Friday it's returning guns and ammunition to the shelves of its stores, one day after pulling the products over fears of store break-ins and thefts during potential civic unrest. 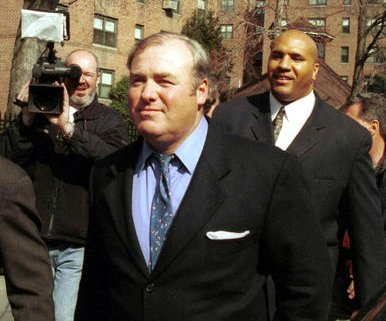 U.S. News // 7 hours ago
Prosecutors decline to retry Kennedy cousin in 1975 slaying
Oct. 30 (UPI) -- Prosecutors in Connecticut told a judge Friday they don't intend to retry Michael Skakel, a member of the political Kennedy family, for the 1975 death of his neighbor.

U.S. News // 7 hours ago
Higher COVID-19 deaths could strip some support for Trump, study says
Oct. 30 (UPI) -- Voters who live in areas with more COVID-19 deaths are at least somewhat less likely to support President Donald Trump and other Republican candidates in the 2020 election, according to a study published Friday.

U.S. News // 8 hours ago
Fed tweaks rules for COVID-19 loans aimed at small businesses
Oct. 30 (UPI) -- The Federal Reserve Board announced Friday it has tweaked the rules for its little-used Main Street Lending Program in a bid to boost participation in the $600 billion coronavirus relief program.

U.S. News // 8 hours ago
Officer shot in Breonna Taylor raid sues her boyfriend
Oct. 30 (UPI) -- Louisville Police Sgt. Jonathan Mattingly, who was shot during the raid at Breonna Taylor's home on March 13 that left her dead, filed a countersuit against her boyfriend Thursday. 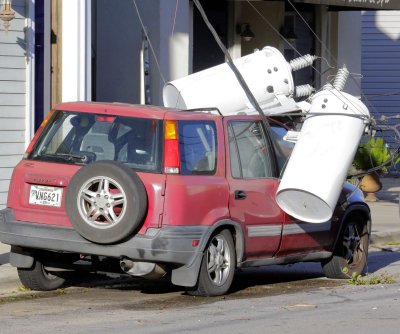