Cantor: 'Time is up' on budget 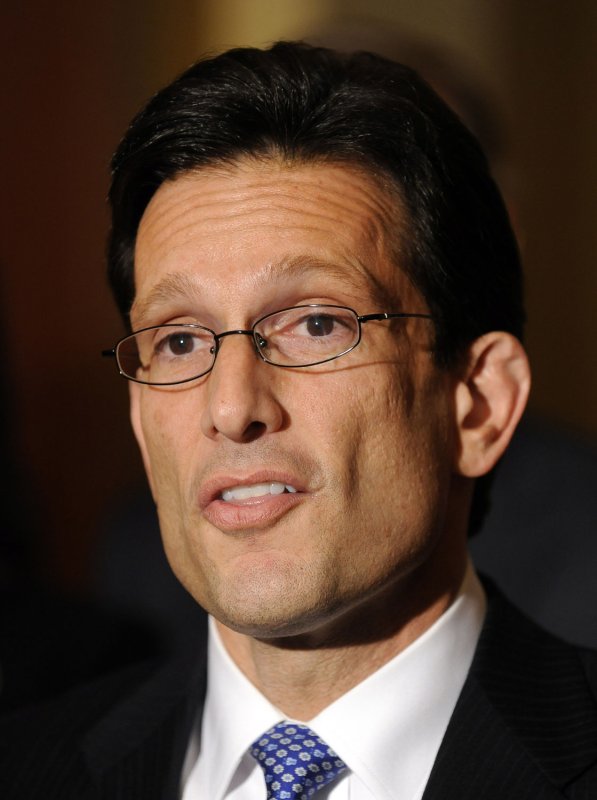 House Majority Leader Eric Cantor, R-VA, backed by other House Republicans, discusses the impasse with the Democrat-controlled Senate in passing a budget on Capitol Hill in Washington on March 29, 2011. A string of Continuing Resolutions has kept the U.S. government functioning despite the inability of Congress to pass a Fiscal Year 2011 budget. UPI/Roger L. Wollenberg | License Photo

"I want to see a long-term CR here," The Hill quoted him as saying. "We've got bigger things to deal with. Time is up here."

Without further continuing resolutions, Congress has 10 days to come up with a deal that would fund the government through the end of the fiscal year in September.

"We need to see [Senate Majority Leader] Harry Reid and [Sen.] Chuck Schumer get serious," Cantor told reporters in his Capitol suite. "We need to see the president get involved."

House Speak John Boehner has been equally vocal in criticizing inaction from Democrats. "At no point in the 34 days since the House acted have the Democrats who run the Senate and the White House put forward a credible, long-term plan to resolve their budget mess," Boehner said in statement last week.

The House passed a bill Feb. 19 that would cut more than $60 billion in government spending, but the Senate has yet to act on either the House bill or an alternative from Democrats, who appear bent on driving a wedge between the GOP leadership and the Tea Party caucus.

"I am extremely disappointed that after weeks of productive negotiations with Speaker Boehner, Tea Party Republicans are scrapping all the progress we have made and threatening to shut down the government if they do not get all of their extreme demands," Reid said in a statement Monday, urging "mainstream Republicans" to "stand up to the Tea Party and rejoin Democrats at the table to negotiate a responsible solution."

Tea Party activists are pushing Republican leaders' backs to the wall and are planning a "Continuing Revolution Rally" Thursday in Washington, where Reps. Mike Pence and Michele Bachmann will speak out against more stopgap measures and apply pressure on their leadership to defund the Democrats' healthcare law among other proposed cuts.

"If they don't have entitlement reforms, and budget cuts and rollbacks to 2007-type spending, like they say, then I'm going to be one angry liberty party guy out here, I'll tell you," Jim Lewis, a Tea Party leader in Boehner's hometown of West Chester, Ohio, told Politico. 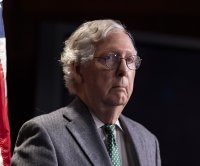 U.S. News // 6 hours ago
Pentagon orders probe of Syria airstrike that killed dozens
Nov. 29 (UPI) -- Defense Secretary Lloyd Austin has ordered an investigation into U.S. airstrikes into Syria in 2019 that resulted in scores of civilian deaths.

U.S. News // 13 hours ago
Dow rises 236 points as Biden says no to Omicron lockdowns
Nov. 29 (UPI) -- The Dow Jones Industrial Average gained 236 points Monday as markets rallied from losses to end the prior week of trading after President Joe Biden sought to ease concerns about the Omicron COVID-19 variant.
Advertisement