TALLAHASSEE, Fla., March 24 (UPI) -- Republican Florida Gov. Rick Scott ordered a study to see if Florida would save money and provide better healthcare if it did away with state-owned hospitals.

The study is to determine how effectively privately owned and non-profit hospitals could care for uninsured and poor people, a role currently filled by public hospitals, he said in an executive order.

A commission, led by Dominic Calabro, chairman of Florida TaxWatch, a statewide, non-profit government watchdog, will also look into whether government-run hospitals pay doctors inflated contracts to get business, use taxes to compete unfairly with the private sector and waste taxpayer money subsidizing the treatment of people who can't pay.

"It is the intent of this administration to develop a more rational approach to compensating hospitals," Scott's order said.

He also asked for the best methods to convert government hospitals to private ownership.

The commission is to report back to Scott, the state House speaker and state Senate president by Jan. 1.

Private hospitals have fought unsuccessfully for years to get a bigger piece of Florida tax dollars, the Sun Sentinel of Fort Lauderdale, Fla., reported.

Scott was among them when he was chief executive officer of Hospital Corporation of America, the nation's largest private, for-profit healthcare company.

Scott was forced to resign in 1997 amid a scandal over the company's business and Medicare billing practices. HCA eventually admitted to 14 felonies and agreed to pay the federal government more than $2 billion.

Officials representing government-owned hospitals said they welcomed the review, but called it a mistake to think the private sector could take over all hospital care.

Alan Levine, who headed Scott's healthcare transition team, told the newspaper he didn't think Scott had "a predetermined decision on the study."

"I think the governor's approach is, 'Let's study this and go where the data takes us,'" Levine said. 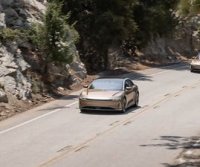 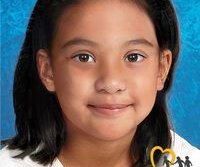 U.S. News // 5 hours ago
Police hope new computer-aged image will help find missing N.J. girl
Sept. 16 (UPI) -- New Jersey authorities are hoping that a new computerized image will help them find a young girl who disappeared from a park, just yards away from her mother, exactly two years ago Thursday.

U.S. News // 6 hours ago
U.S. retail sales show surprise gain in August after experts predicted decline
Sept. 16 (UPI) -- There was a surprise surge in retail sales in the United States last month, when most analysts were expecting a significant economic decline, the Census Bureau showed in its monthly report Thursday.
Advertisement