BOSTON, March 21 (UPI) -- Surgeons at a Boston hospital say they have performed the first full face transplant in the United States on a Texas man burned in a 2008 electrical accident.

Brigham and Women's Hospital surgeons attached a donor's face last week to Dallas Weins, 25, who lost all of his facial features when a crane he was working on came into contact with a live wire, The Boston Globe reported Monday.

A team of more than 30 physicians, nurses, anesthesiologists and residents worked for more than 15 hours to replace Wiens' facial area, "including the nose, lips, facial skin, muscles of facial animation and the nerves that power them and provide sensation," the hospital said in a statement.

The transplant covered his face from the middle of his scalp to his neck.

The name of the donor was not released.

"This remarkable, anonymous gift is another example of the life-affirming power of organ and tissue donation," said Richard S. Luskin of the New England Organ Bank. "As always, we are immensely grateful to the donor and the donor family for their generosity."

"There were no complications," Dr. Bohdan Pomahac, a plastic surgeon who led the transplant team, said. "He's doing great, and he's right on the mark with expected progress."

U.S. News // 22 minutes ago
Judge blocks Justice Dept. move to shield Trump from defamation suit
Oct. 27 (UPI) -- A defamation case brought by a magazine columnist against President Donald Trump will proceed after a federal judge on Tuesday rejected an attempt by the Justice Department to intervene. 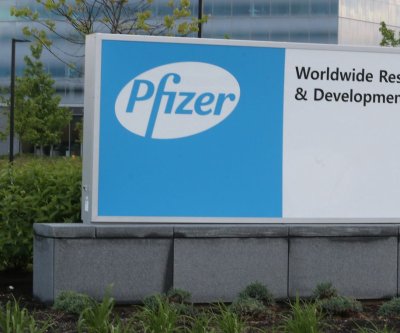