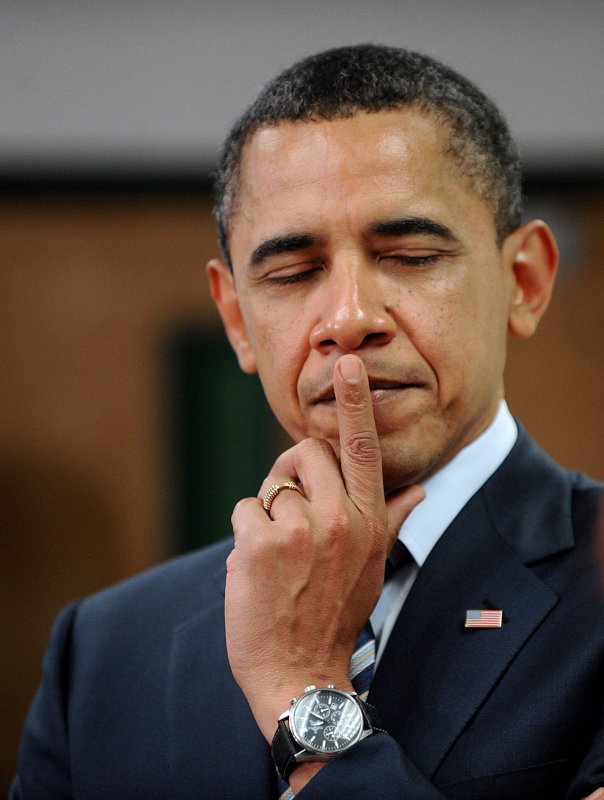 "We need to recognize that the true path to reform has to involve partnerships between teachers and school administrators and communities," he told students at the TechBoston Academy. "And we'll need a national education policy that tries to figure out how do we replicate success stories like TechBoston all across the country.

"What's needed is higher standards and higher expectations; more time in the classroom and greater focus on subjects like math and science. What's needed are outstanding teachers and leaders ... who get more flexibility."

In a veiled reference to his current fiscal battles with Republicans, Obama said he won't permit a budget that shortchanges education, saying such a budget "sacrifices our children's future."

"I will not let it happen," the Democratic president said. "We're not going to give up on any school in America or any child in America."

The school, founded in 2002 with Gates foundation support, offers students in grades 6-12 a college-preparatory curriculum. It has middle and high school campuses.

Obama chose TechBoston for the visit "because it blends technology into the classroom, offers rigorous academic programs and urges students to take courses at local colleges," the White House said.

TechBoston's first class graduated in 2006, with 92 percent of the graduating class going to college, compared with 63 percent of Boston public school graduates in general.

RELATED Obama: Cuts 'can't just be about how much'

Last year, 93 percent of its graduates went to college, compared with 61 percent of Boston public school students, TechBoston said. The 66 graduates received more than $2 million in scholarships and financial aid.

"There is no better economic policy than one that produces more graduates," a partial transcript of Obama's remarks indicated he would say. "That's why reforming education is the responsibility of every American -- every parent, every teacher, every business leader, every public official and every student."

The president attended a Democratic Party fundraiser Tuesday night at the Museum of Fine Arts in Boston before returning to Washington. He told an audience that House Minority Leader Nancy Pelosi, D-Calif. – who served as House Speaker before Republicans took control of the House in January – will "go down as one of the greatest speakers in our history" for her role in Washington's response to the worst economic downturn since the Great Depression.