Speaking in Tallahassee, Scott said he had called U.S. Transportation Secretary Ray LaHood and told him, "I'm not comfortable this is a project we should be doing," The Miami Herald reported.

The governor said the planned Tampa-Lakeland-Orlando link might not yield taxpayers a return on their investment and the funds would be better spent on highways and ports.

Rep. John Mica, R-Fla., chairman of the House Transportation and Infrastructure Committee, called the move "a huge setback for the state of Florida."

Scott is the third new Republican governor to spurn the rail funding, following counterparts in Ohio and Wisconsin. Florida's share would have been $2.4 billion.

The governor said cost overruns could cost Florida taxpayers an extra $3 billion, ridership and revenue projections were questionable, and if the project were canceled, the state would have to return the money.

Tea Party members, who backed Scott's campaign, had lobbied him to reject the funds. 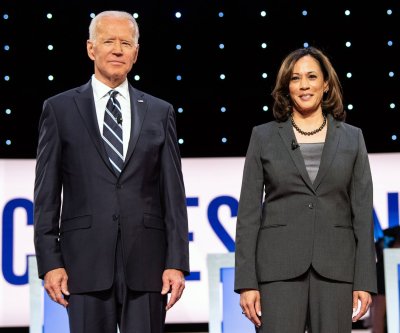 U.S. News // 1 hour ago
Watchdog: Diplomat Woody Johnson made improper remarks in London
Aug. 12 (UPI) -- A watchdog report on Wednesday concluded that President Donald Trump's ambassador to Britain has made inappropriate comments during his tenure in London on sensitive topics like race, religion and sex.

U.S. News // 4 hours ago
Stein Mart bankrupt, may close all U.S. stores
Aug. 12 (UPI) -- Discount retailer Stein Mart announced Wednesday it's filed for bankruptcy and plans to close most or all of its stores in the United States.

U.S. News // 4 hours ago
Billionaire media mogul Sumner Redstone dies at 97
Aug. 12 (UPI) -- Sumner Redstone, who turned a family-owned chain of drive-in movie theaters into a major U.S. media empire, has died at the age of 97, his company said Wednesday.

U.S. News // 7 hours ago
Poll: Confidence in medical system way up; at record low for police
Aug. 12 (UPI) -- Americans' confidence in the medical and public school systems have reached double-figure highs while confidence in law enforcement reached an all-time low, according to a new Gallup survey Wednesday.

U.S. News // 10 hours ago
New Zealand placed under lockdown amid new COVID-19 cluster
Aug. 12 (UPI) -- New Zealand on Wednesday reinstated lockdown measures as health officials rush to contain an outbreak of the deadly and infectious coronavirus in its largest city of Auckland.