NEW YORK, Jan. 13 (UPI) -- The Internet encyclopedia Wikipedia is about to turn 10, its founder said in New York.

Wikipedia reaches the decade mark Saturday, and with 17 million articles -- nearly 4 million of them in English -- it is the largest encyclopedia in the world, The Washington Post reported.

"Whenever people say that Wikipedia's such a great brand, it could be a for-profit, I think that, well, you could say the same thing about the Red Cross, too," founder Jimmy Wales, 44, told the newspaper during an interview in New York.

The Wikimedia Foundation runs the non-profit organization and its 57 paid employees are mostly engineers and office types. Wales's official unpaid position is listed as "board member."

Wales said he sees his creation as a public service and wants to continue to build a free source of information. Wikipedia will soon open its first international office, in an as-yet unnamed city in India, the report said.

About 1,000 new articles are added to the English Wikipedia daily, handled by about 100,000 active volunteer editors. Wales said he wants to expand the site's knowledge base.

"We're really strong in technology, the hard sciences -- anything related to geek culture, like science fiction -- 'Star Trek,' 'Star Wars,'" Wales said. "It turns out that geek culture is quite international."

Not everyone appreciates Wikipedia, including the people at Encyclopaedia Britannica.

"The fact that information is available hasn't made us more inquisitive, it has made us more lazy. It's the same way that you might take the first highway exit and go to the first junk-food shop," Encyclopaedia Britannica President Jorge Cauz said.

There also are those who complain its user-generated articles are inadequately vetted, resulting in errors, and the unrestricted length of the Web site's entries allows for uneven weight given to subject matter. 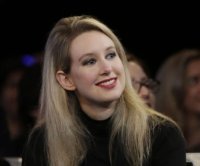