The new governor wasted no time getting to work and planned his first staff meeting for Saturday, The New York Times reported.

"I am honored and humbled to accept this tremendous responsibility," he said following his swearing in Friday evening. "The time has come to return integrity, performance and dignity to New York and make it the Empire State once again."

About 40 members of Cuomo's family attended the private swearing-in, including his parents, Mario and Matilda. The public was not invited.

"The challenges are daunting," Cuomo said. "So anyone who underestimates the slope of the hill that this state has to climb, let's call it a mountain, is just not dealing with reality." 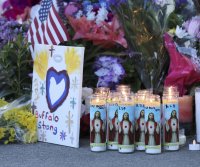 U.S. News // 9 minutes ago
Experts advocate better red flag laws as 2022 sees 202 mass shootings
May 16 (UPI) -- There have been 202 mass shootings in the U.S. through the 5 1/2 months of this year, including Saturday's racially motivated attack at a Buffalo, N.Y., supermarket that killed 10. Experts say red-flag laws can help.

U.S. News // 18 minutes ago
Uber rolls out new products: EV's, party buses, delivery robots
May 16 (UPI) -- Uber unveiled new features at its "Go/Get 2022" event Monday allowing passengers to use their Uber app to book party buses and electric vehicles or to order food at Stadiums or from autonomous sidewalk robots.

U.S. News // 1 hour ago
California church shooting suspect ID'ed as 68-year-old Las Vegas man
May 16 (UPI) -- A suspect arrested in connection with a mass shooting at an Orange County, Calif., church Sunday has been identified as a 68-year-old man from Las Vegas.

U.S. News // 2 hours ago
Biden hosts Greek prime minister to discuss Russia, Turkey
May 16 (UPI) -- Russia's invasion of Ukraine and a dispute with Turkey will highlight a visit by Greek Prime Minister Kyriakos Mitsotakis to the White House on Monday. 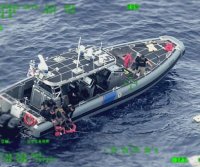 U.S. News // 3 hours ago
President Joe Biden awards Public Safety Officer Medals of Valor
May 16 (UPI) -- President Biden awarded Medals of Valor to 15 public safety officers in a White House ceremony Monday. The officers, including two who died in the line of duty, were honored for individual acts of bravery. 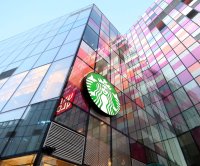