WikiLeaks not in China, Arab news

WASHINGTON, Dec. 2 (UPI) -- China and a number of Arab countries have suppressed coverage of the leaked diplomatic cables on WikiLeaks because of embarrassing information.

In the case of China, where the "Great Firewall" blocks much information available elsewhere on the Internet, documents discuss China's effort to hack into Google, The Washington Post reported. There are also cables that say Chinese leaders said North Korea was behaving like "a spoiled child."

Cables also describe Arab leaders drinking liquor, which is forbidden to Muslims, and backing U.S. bombing of Iranian nuclear facilities, a view that lines them up with Israel. The Post said major news outlets in the region, many of them government-owned, have provided only sketchy coverage of the release, usually from wire services.

"They're still trying to figure this out, and there is definitely some censorship and self-censorship," said Hisham Qasim, an independent newspaper publisher in Egypt.

Many people in the region still do not have Internet access, but those who do have been following and debating the cables.

U.S. News // 2 hours ago
Watch live: Biden gives first Q&A news conference in months
Jan. 19 (UPI) -- President Joe Biden will host a formal news conference at the White House on Wednesday afternoon, which will be his first question and answer session with reporters in months. 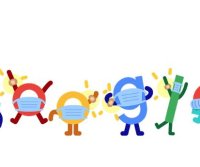