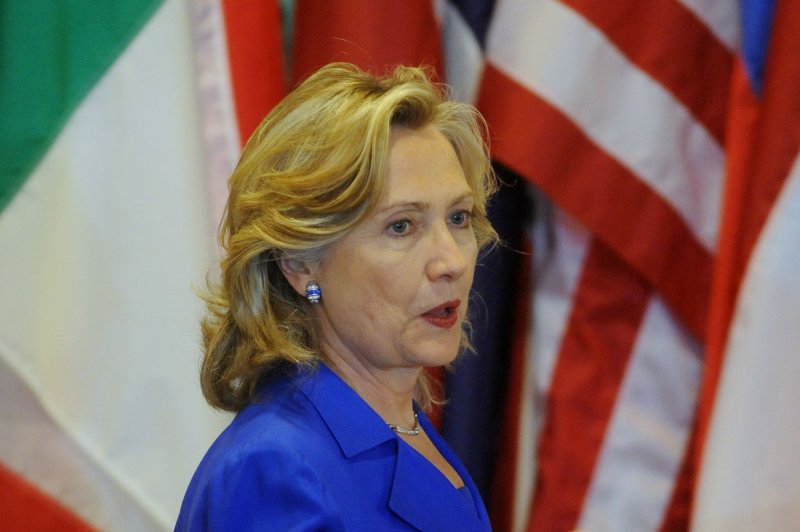 "And as I told his excellency, we are committed to helping Cambodia hold accountable those senior Khmer Rouge leaders most responsible for atrocities," she said. "I salute the tribunal's ongoing efforts to bring justice to the victims that promote the rule of law."

In response to a question, she called pursuit of genocide, torture and other charges in the second Khmer Rouge case "our first and most pressing piece of business."

That case is scheduled to begin in the first half of next year.

Clinton also said the United States is "very, very interested" in pursuing a settlement on debt incurred by Cambodia during the Lon Nol regime.

"There have been no discussions since 2006 at all, and we think it's time for our experts to meet and explore a broad range of potential areas for settling of this debt," she said.

Clinton said her talks with Cambodian officials "have left me convinced that we can work even more closely together to help meet the challenges facing Cambodia and all of Southeast Asia." She cited U.S. efforts to help Cambodia improve its health systems and applauded the country's commitment to prevent the spread of HIV and treat people with AIDS.

Clinton also mentioned U.S. programs to teach English and help improve Cambodian agriculture, and said she is especially appreciative of Cambodia's commitment to regional efforts to address the challenges in education, health and the environment affecting those living in the Lower Mekong River Basin.

Earlier, Clinton said Cambodia should pursue an independent foreign policy without relying too much on China.

Clinton is on a seven-country trip through Asia in support of the administration's view of Asia as a key to the future and its efforts to balance the influence of China.

China provides Cambodia with more than $200 million a year.

U.S. News // 6 hours ago
1 killed, 2 shot during attempted Brink's armored car robbery
Sept. 24 (UPI) -- One man was killed dead and two others were injured during a failed armed robbery of an armored truck in Oakland, Calif., police confirmed.

U.S. News // 20 hours ago
Arizona judge reinstates 1864 abortion ban from before territory became a state
Sept. 23 (UPI) -- An Arizona judge on Friday ruled that an 1864 territorial law banning abortions should be reinstated, just a day before a new ban on abortions after 15 weeks of pregnancy was to take effect.