DUBAI, United Arab Emirates, Oct. 27 (UPI) -- A British think tank released its annual prosperity ranking of 110 countries Tuesday with Europe dominating the top of the list and Africa the bottom.

Table and rankings of all 110 countries

The Legatum Institute, based in London, said in an announcement the Prosperity Index is an effort to understand how various factors "influence a country's growth and the happiness of its citizens." Lord Peter Mandelson, who served as business secretary in former Prime Minister Gordon Brown's cabinet, was the keynote speaker at a conference in Dubai where the report was released.

Norway topped the list, followed in the top 10 by Denmark, Finland, Australia, New Zealand, Sweden, Canada, Switzerland, the Netherlands and the United States. The next 10 were mostly European, with Singapore, Japan and Taiwan at 17, 18 and 20.

Zimbabwe, where the economy has been destroyed in recent years, was No. 110 with Pakistan at 109. Most of the countries in the bottom 20 were African, along with some other poor Asian and Middle Eastern countries like Bangladesh, Cambodia and Yemen. 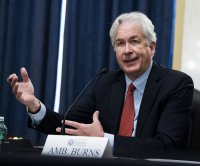 U.S. News // 3 hours ago
FAA orders inspections for 777 engines like one that failed over Denver
Feb. 24 (UPI) -- The Federal Aviation Administration has ordered mandatory inspections for fan blades on some Boeing 777s after an engine failed in mid-air on a flight to Hawaii last weekend.

U.S. News // 4 hours ago
Biden to order 100-day review for U.S. supply chains amid shortages
Feb. 24 (UPI) -- President Joe Biden will sign an executive order Wednesday calling for a review of supply chains across federal agencies in the wake of shortages of essential goods ranging from medical equipment to computer chips.