SPRINGFIELD, Ill., Oct. 22 (UPI) -- A Halloween display in Springfield, Ill., will be modified because of concerns that it is racist, the local NAACP said.

A compromise was reached Thursday in meeting of city officials, Springfield's National Association for the Advancement of Colored People and homeowner, Josh Witkowski, The Springfield State Journal-Register reported.

Springfield NAACP President Archie Lawrence had complained at Tuesday's city council meeting that the display was an effigy of a black man hanging from gallows. The hanging figure was dressed as a cowboy, its legs tied with rope, with a dark-colored skull.

Witkowski said he will change the color of the mask to silver with red and brown tones underneath. The cowboy hat will be removed to prevent casting a shadow on the mask. The rest of the display will remain the same, he said.

"After talking to Mr. Witkowski, one thing I am certain: It was never his intent to have a racist prop in his yard. I am absolutely certain of that," said Lawrence. "And to show the goodness of this man, what he did was he changed the prop to clearly reflect that it's just a Halloween image, nothing more and nothing less."

U.S. News // 50 minutes ago
ICE to require students on visas to leave universities that transition to fully online
July 6 (UPI) -- ICE said Monday that foreign students who attend universities on some visas will be required to transfer schools or face deportation if their school moves exclusively to online classes. 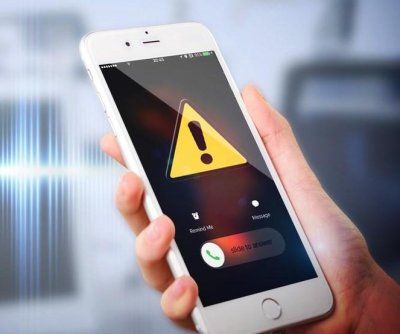 U.S. News // 5 hours ago
Ghislaine Maxwell transferred to Brooklyn federal lockup
July 6 (UPI) -- Ghislaine Maxwell, the associate of accused child sex trafficker and financier Jeffrey Epstein, was transported Monday under custody of U.S. Marshals to a federal detention facility in Brooklyn ahead of a bond hearing.

U.S. News // 6 hours ago
House bill aims to block money for wall on U.S.-Mexico border
July 6 (UPI) -- House Democrats on Monday unveiled a draft of legislation designed to block funds for the Trump administration's wall along the U.S.-Mexico border.

U.S. News // 7 hours ago
Supreme Court rules states can punish 'faithless' electors
July 6 (UPI) -- The U.S. Supreme Court ruled Monday that states can legally punish "faithless" electors -- those who formally cast the votes for president of the United States but go against the majority of their state.