Chief Justice John G. Roberts, Jr. and newly installed Justice Elena Kagan. Kagan will recuse herself from Mayo Foundation for Medical Education and Research vs. United States of America because as solicitor general she filed a brief on behalf of the government. | License Photo

Federal circuit courts are split on whether student doctors are students or employees when it comes to paying Social Security taxes on their stipends.

The ruling will come in Mayo Foundation for Medical Education and Research vs. United States of America; oral arguments are scheduled for Nov. 8.

There's a lot of money at stake in this matter with approximately 8,000 medical residency programs in the country. The Obama administration estimates Social Security taxes for medical residents may be as much as $700 million a year. There are also $2.1 billion pending in medical school refund claims.

Under the Federal Insurance Contributions Act, which governs the Social Security tax, students and the schools, colleges or universities where they are employed are exempt from paying Social Security taxes on the work the students perform as part of their training. In the course of approximately 20 years, a number of courts decided medical residents qualify for a student exemption, but the Treasury Department in 2005 changed its regulations to disqualify full-time employees, including medical residents, from the student exemption.

The plaintiffs in this case, the Mayo Clinic of Rochester, Minn., and the University of Minnesota, contend the IRS should not have required them to collect taxes, that their medical residents were students rather than employees.

The Minnesota federal district court awarded summary judgment to the plaintiffs, saying the 2005 Treasury Department regulations that excluded full-time medical residents from the student exception were invalid because they violated the law that created the Social Security system and conflicted with Congress's student exemption regulations. The court said the school did not have to pay FICA taxes on behalf of its medical students as those students were exempt from the income taxes ordinary workers must pay. It ordered the IRS to refund the money paid by the school.

The 8th U.S. Circuit Court of Appeals reversed the district court's pretrial judgment, ruling the student exception was intended only for students who were employed part time while attending classes, and not for medical residents who are essentially the teaching hospitals' full-time employees.

The four other federal appellate courts (the 2nd, 6th, 7th and 11th Circuits) that have weighed in on the issue did so prior to the 2005 regulation and said the IRS must take each teaching hospital's medical student employment situation on a case-by-case basis, rather than applying a blanket exclusion of all residents from the student exception.

On its face, it may seem unusual that Mayo reached the Supreme Court. A case in which the government is a party typically gets to the high court because the government requests it. The IRS did not want this case to reach the Supreme Court because all of the circuits except for the 8th were decided prior to the 2005 regulation and gave deference to existing case law that denied student exemption status to medical students. The IRS said there is no direct circuit conflict because only the 8th Circuit rendered its decision on the basis of the 2005 regulation.

But the high court has an interest in settling conflicting circuit holdings, even if indirect, and also was cognizant of the plaintiffs' argument that the other circuits would in the future look to the 2005 regulation's unambiguous language regarding student exemptions, which would mean it would no longer adhere to the earlier case law on the matter. Will the high court, though, interpret the statutory language similarly to the Minnesota trial court and conclude the 2005 regulation conflicts with the historical interpretations of student exemptions?

Elena Kagan, the newest justice on the U.S. Supreme Court, is the counsel of record in Mayo and as U.S. solicitor general filed a brief in support of the government. She argued that residents are not students and that because the law according to which residents had been exempt was unclear in its definition of "student," the IRS could deny residents the student exemption. Kagan said the point of FICA is to collect "contributions during an employee's entire working career in order to fund benefits in retirement."

Kagan announced in the summer she would recuse herself from Mayo and a number of other cases on the docket for the 2010-11 term in which she was involved as solicitor general. In this case, the eight justices are likely to split down the middle, meaning a brief order with no fleshed-out decision would be issued affirming the 8th Circuit's ruling in favor of the IRS.

In light of Kagan's statement, the issue comes down to whether the IRS should tax income that covers protections for a medical student's spouse and family and possible unemployment versus whether medical schools -- which in this economy tend to be financially strapped -- may defray costs by not having to pay taxes on behalf of students.

U.S. News // 2 hours ago
Watch live: Biden gives first Q&A news conference in months
Jan. 19 (UPI) -- President Joe Biden will host a formal news conference at the White House on Wednesday afternoon, which will be his first question and answer session with reporters in months. 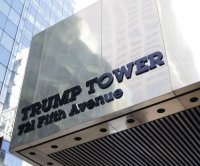