A U.S. soldier visits Iraqi children at the reopening of an elementary school that was reconstructed and repaired from war damages in the Al-Hurriya district north of Baghdad on March 5, 2009. (UPI Photo/Ali Jasim) | License Photo

BAQUBAH, Iraq, Sept. 21 (UPI) -- Legal experts say there may be thousands of Iraqi children who can't go to school or hold a government job because their births weren't recorded.

Children who lack birth certificates, passports or national identification cards are products of a time when al-Qaida in Iraq controlled large swaths of the country following the U.S.-led invasion, The Washington Post reported Tuesday.

Ahmed Jassim, director of an organization working to improve the lives of undocumented children, said many are the result of forced marriages between insurgents and local women.

He said many of the women don't know the real identities of their absent husbands and fear retribution if they fight for their children's rights.

"Helping them could encourage al-Qaida in Iraq," a government ministry official told the Post. 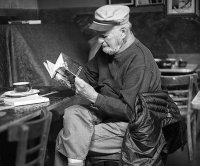