Bill calls for all workers to have IRAs

The newspaper said under Bingaman's legislation, workers would be automatically enrolled in the plans and IRA deductions would start at 3 percent of their salary.

If workers didn't want to participate, they would have to opt out.

Bingaman told the Journal his plan would significantly increase the amount of retirement savings.

"We think if the option were there, they would put funds away for retirement," he said.

Bingaman's plan was formulated with the help of David John, a senior research fellow at the conservative Heritage Foundation and a leading expert on federal retirement policy.

U.S. News // 10 hours ago
Dixie and Tamarack fires slow, evacuation orders ease
July 31 (UPI) -- The Dixie wildfire, which grew to over 220,000 acres, and the Tamarack Fire are now slowing down.

U.S. News // 11 hours ago
108 evacuated from Denver-area due to mudslides, heavy rain
July 31 (UPI) -- Interstate 70 at Glenwood Canyon is closed after a flash flood warning and multiple mudslides.

U.S. News // 12 hours ago
Man killed by multiple bee stings from 100-pound beehive, others injured
July 31 (UPI) -- One person was killed and several others were injured when bees from a 100-pound beehive stung people in an Arizona neighborhood.

U.S. News // 14 hours ago
Orca stranded on rocks during Alaska's low tide, returns to sea
July 31 (UPI) -- A 20-foot orca that was stranded on a rocky southeast Alaskan beach floated back to sea later the same day during high tide, local officials said. 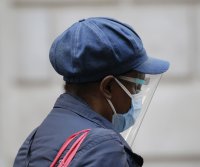 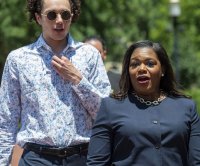