The group, Citizens for Responsibility and Ethics in Washington, said in a report released Monday top White House officials were aware of the problems with the e-mail system but repeatedly refused to take corrective action.

"E-mails that might shed light on our nation's recent history -- including records created in the lead up to the U.S. war in Iraq -- have been wiped away," Sloan said.

The report is based on a review of Bush-era documents provided to CREW as part of their multiyear lawsuit over the missing e-mails.

"Sadly, the American people will never know the full truth of just what went on inside the Bush White House as decisions affecting all of our lives were made," Sloan said. "Despite repeated warnings that information was being lost, Bush administration officials repeatedly and willfully turned a blind eye to the problem."

U.S. News // 14 hours ago
'Sophisticated' hack of IT servers targets airlines' passenger data
March 5 (UPI) -- A "sophisticated" cyberattack targeting an information systems manager that handles 90% of the aviation industry has compromised the personal data of hundreds of thousands of passengers around the world, officials say. 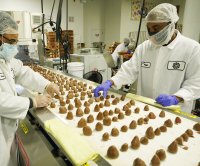