ANKARA, Turkey, Aug. 26 (UPI) -- Turkey is committed to maintaining friendly ties with Israel despite the deadly raid on the Gaza-bound aid flotilla in May, Turkish officials said.

In a report in the Turkish daily Zaman Thursday, Turkish officials in Washington described the raid on the Turkish boat in which nine activists were killed as a disagreement "between two friends," the newspaper said.

The report was based on meetings in Washington between U.S. administration officials and members of a delegation led by Turkish Foreign Undersecretary Feridun Sinirlioglu, the paper said.

The Turkish diplomats told U.S. officials that Israel's deadly raid on the Gaza aid flotilla has nothing to do with Turkey's relations with the state of Israel, or the Israeli people, but is an issue with the Israeli government, the paper said.

They told their American counterparts that it is in Ankara's interests to improve relations with Jerusalem and maintain friendly ties.

While Israel has maintained its soldiers acted in self-defense after they were attacked, Turkey demanded an apology and compensation for the families of the victims, the report said.

Had Israel consented to Turkey's demand, the situation would have improved quickly, the paper quoted Turkish officials as saying.

The Turkish delegation asked officials in Washington to pressure Israel to agree to Ankara's demands, noting the U.N. probe launched by Secretary-General Ban Ki-moon of the raid is due to present a preliminary report next month.

Because of the deteriorated relationship between Israel and Turkey, the situation has prevented Ankara from mediating indirect peace negotiations between Jerusalem and Damascus, Turkish officials said, adding it would be within both countries interests to mend the ties.

The talks between Turkish and U.S. officials covered a wide range of issues including Turkish-Israeli relations, Iran's nuclear program, the situation in Iraq, the middle East, the Balkans, Afghanistan and bilateral relations between the United States and Turkey, officials told the paper. 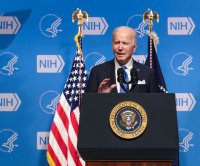 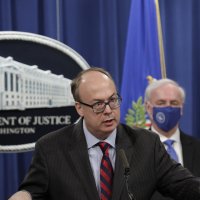