BOSTON, Aug. 11 (UPI) -- A Massachusetts Institute of Technology fraternity has settled a lawsuit over a prank that caused an explosion in which two people were injured.

As part of their annual prank, The Boston Globe reported, Tau Epsilon Phi members stole sodium metal, which explodes when it becomes wet, from MIT's chemistry labs and threw it into the Charles River in September 2007. The sodium metal, in a container resembling Styrofoam, exploded aboard a boat on the river, injuring two environmental cleanup volunteers, Thomas Soisson and Kate Nardin, when they pulled it from the river.

The insurer for Tau Epsilon Phi and a member, Bhaskar Mookerji, have agreed to pay a six-figure settlement to Soisson and Nardin for medical expenses and emotional trauma, their lawyer, John J. Barton, told the Globe. He declined to give the exact amount.

The fraternity came under investigation for the prank after Massachusetts State Police discovered a YouTube video about students hurling the sodium metal into the Charles River.

Mookerji, now 22 and attending graduate school at MIT, confessed in April 2008 to tossing the material into the river. He was charged with disorderly conduct and environmental pollution but the criminal charges were dropped after he did community service.

U.S. News // 8 hours ago
Retired Wyoming Sen. Mike Enzi dies following bike accident
July 27 (UPI) -- Mike Enzi, a retired Republican Wyoming senator, has died after being seriously injured in a bike accident last week, according to his family. He was 77. 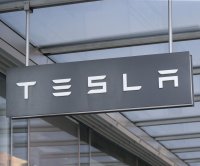 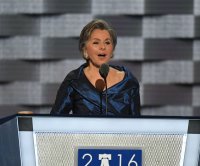 U.S. News // 16 hours ago
Britney Spears' new lawyer files petition to replace father as conservator
July 26 (UPI) -- The new attorney for pop star Britney Spears on Monday petitioned a California court to remove her father as her conservator and replace him with a professional fiduciary.
Advertisement