BALTIMORE, Aug. 3 (UPI) -- A federal judge says a convicted child rapist in Maryland should be released, a decision Baltimore prosecutors say they will appeal.

John Joseph Merzbacher, in prison for 15 years, must be given a chance to accept a 10-year plea bargain deal that was supposed to have been offered to him in 1994 -- an oversight that violated his Sixth Amendment right to effective counsel, federal Appellate Judge Andre M. Davis ruled.

Merzbacher, a former teacher at a Catholic school accused of terrorizing dozens of children, would be released if given the plea deal, legal experts say.

It's a chilling thought for some of Merzbacher's former students, who considered themselves safe after he was convicted of raping student Elizabeth Ann Murphy in the mid-1970s and sentenced to four life terms, the report said.

Several said they would reopen their closed cases, which were dropped after Merzbacher's 1995 conviction, the Sun reported.

There is no statute of limitations for criminal felony offenses, so old cases against Merzbacher could be reopened or new cases could be filed, attorney Joanne Suder, who represents 14 people who claimed Merzbacher molested them, said.

U.S. News // 2 hours ago
ACLU challenges Oklahoma's critical race theory ban
Oct. 20 (UPI) -- A group of students and educators have sued Oklahoma, accusing it of violating their First and 14th Amendment rights with a law that restricts the teaching of race and gender in classroom. 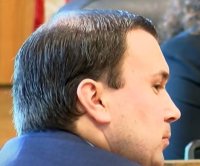 U.S. News // 11 hours ago
Amazon, Ikea, seven others commit to zero-emission shipping by 2040
Oct. 19 (UPI) -- Nine major companies on Tuesday announced an initiative called Cargo Owners for Zero Emissions Vessels, in which they pledged to employ only ocean shippers that use zero-carbon fuel by 2040.
Advertisement