Former Media Mogul Conrad Black (R) leaves federal court with his daughter Alana after being sentenced to 78 months in prison on December 10, 2007, in Chicago. Black was convicted in July of three counts of mail fraud and obstruction of justice for his role in a scheme which bilked shareholders out of millions of dollars. (UPI Photo/Brian Kersey) | License Photo

CHICAGO, July 23 (UPI) -- A judge ruled Friday ex-media mogul Conrad Black, freed on bond from prison, may not return to Canada until the court gets more information about his finances.

Black, who once controlled an extensive media company, was released Wednesday, two years into his 78-month prison sentence, pending a review of his 2007 fraud conviction and an examination of his finances, the Chicago Tribune reported.

Black was convicted on three counts of fraud and one count of obstruction of justice, defrauding shareholders of Hollinger International Inc. through false non-compete agreements that paid him and other executives millions of dollars from the sale of newspapers.

Black's lawyers appealed his conviction on the basis of a U.S. Supreme Court ruling that weakened a law used to convict him, the Tribune said. That resulted in the 7th Circuit U.S. Court of Appeals in Chicago review of Black's conviction and the agreement to grant bond Monday.

Government and defense lawyers agreed to a $2 million bond, but Black is having trouble securing it with his remaining assets. 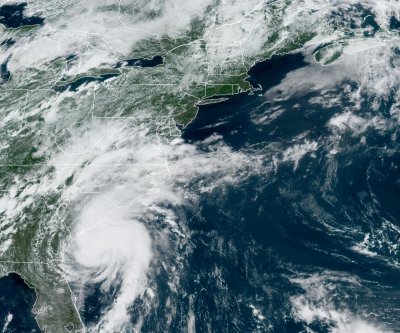