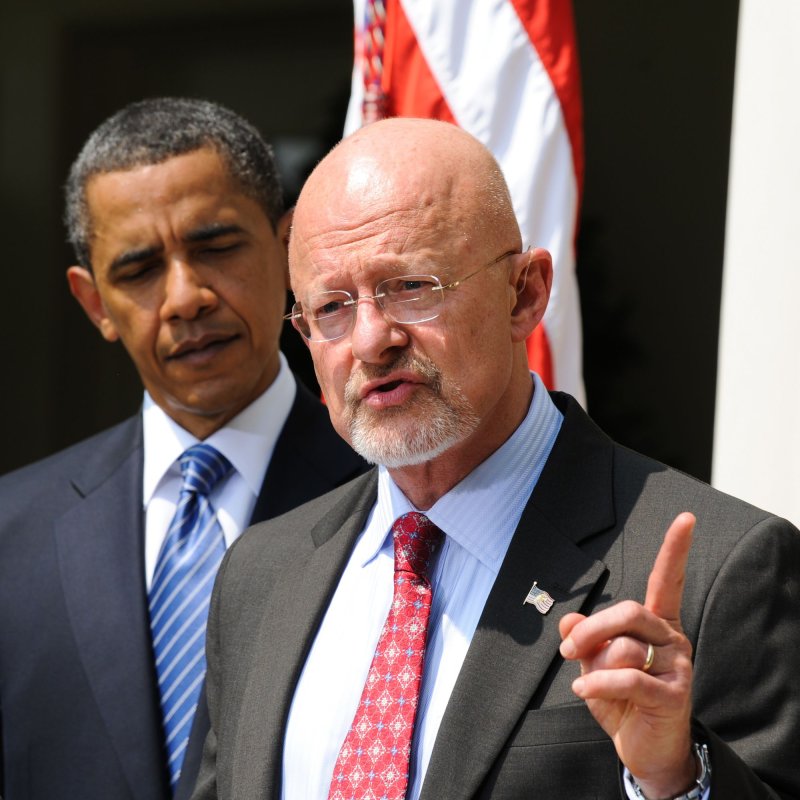 "He possesses a quality that I value in all my advisers -- a willingness to tell leaders what we need to know, even if it's not what we want to hear," Obama said, noting Clapper's four decades in U.S. intelligence roles and two tours of duty in Vietnam.

"Jim is a forceful champion of his fellow intelligence professionals, never forgetting what it was like to risk his own life during two combat tours during the Vietnam War," the president said.

At the Defense Department, Clapper had overseen 16 U.S. spy agencies.

"He's improved information sharing, increased intelligence support to our troops in Afghanistan and Iraq, upheld civil liberties, and he played a key role in our effort to update and reorient our intelligence community to meet the threats of our time," Obama said.

Clapper said he was "humbled, honored, and daunted by the magnitude of the responsibilities of the position" of director of national intelligence.

"We have the largest, most capable intelligence enterprise on the planet, and it is the solemn, sacred trust of the DNI to make that enterprise work," Clapper said.

Obama picked Clapper after being turned down by other prospective candidates, including Central Intelligence Agency Director Leon Panetta.

Clapper, whose appointment is expected to face significant congressional opposition, would become the fourth DNI in the five years since Congress created the post.

U.S. News // 22 minutes ago
Pfizer to produce remdesivir for use against COVID-19
Aug. 7 (UPI) -- U.S. pharma company Pfizer said Friday it will manufacture and supply the antiviral drug remdesivir for use in COVID-19 patients, as part of a multi-year agreement with Gilead Sciences.

U.S. News // 9 hours ago
Justice Dept. charges ex-Citgo executive with bribery
Aug. 7 (UPI) -- The Justice Department has charged a former Citgo executive with accepting more than $2.5 million in bribes from businessmen seeking contacts with the oil refiner and its Venezuelan parent company.

U.S. News // 10 hours ago
Trump admin to send federal troops to Memphis, St. Louis
Aug. 6 (UPI) -- The Trump administration announced federal law enforcement officers will be sent to Memphis and St. Louis to stamp out violent crime in the cities.