PHOENIX, April 22 (UPI) -- An alleged burglary and hostage situation at a home in Phoenix resulted in one suspect shot dead by police and the house consumed by fire, officers said.

Police surrounded the burning home on a residential street with guns drawn Thursday while a fire engine sprayed water on the house from a safe distance.

The incident apparently began when two burglars allegedly entered the home and took the occupant hostage. Officers told KPHO-TV, Phoenix, that one of the suspects was shot as he came outside with the hostage. The other suspect was arrested.

It was not clear how the fire started and the identities of the suspects and the hostage were not released.

The Arizona Republic said nearby Thunderbird High School was placed on lockdown status during the standoff.

U.S. News // 32 minutes ago
Two men charged in killing of 14-year-old boy at Philly bus stop
Dec. 2 (UPI) -- Two men have been charged in the slaying of a 14 year-old boy who was shot 18 times while waiting for a bus in Philadelphia. 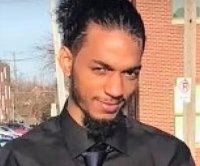 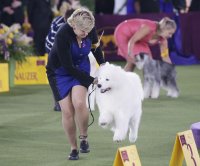 U.S. News // 3 hours ago
Survey: Florida dogs ranked most obedient, Washington the least
Dec. 2 (UPI) -- Florida, Utah and Arizona are the states with the most obedient dogs while Washington, Michigan and Illinois have the least obedient pooches, the website OneVet said Thursday.

U.S. News // 3 hours ago
DHS says it will obey order to restart Trump's 'Remain in Mexico' policy -- for now
Dec. 2 (UPI) -- President Biden's administration says they will restart the controversial "Remain in Mexico" immigration policy next week -- which requires refugees to wait out their applications to enter the U.S. south of the border.
Advertisement