OKLAHOMA CITY, April 21 (UPI) -- A bill exempting guns and ammunition made in Oklahoma from federal regulation passed the state Legislature and is on its way to the governor, lawmakers say.

Proponents of the bill in Oklahoma City say the Constitution's interstate commerce clause stipulates the federal government can only regulate gun sales involving commerce across state lines, The Oklahoman reported Wednesday. Weapons manufactured and sold within a single state do not come under federal oversight, they say.

"This is our first step in standing up and doing what we should do, what we have the responsibility to do and, as a body, to stand up whenever the federal government or any other entity violates those God-given, inherent rights that we have," said state Rep. Charles Key R-Oklahoma City, the House author of the Oklahoma Firearms Freedom Act, Senate Bill 1685, adding the measure would protect Second Amendment gun rights for Oklahomans.

The bill provides for the manufacture or assembly of firearms, ammunition or firearms accessories within the state, which would not be subject to federal laws as long as they stay in state.

"If this bill were to pass and become law, it will make law enforcement in Oklahoma a very, very dangerous job. It's going to put weapons back on the street that have been made illegal over the years," said Rep. Paul Roan, D-Tishomingo, a retired state highway patrol trooper.

Oklahoma is not the first state to go in this direction. Montana, Tennessee, Utah, South Dakota, Wyoming and Idaho have similar laws, The Oklahoman said. 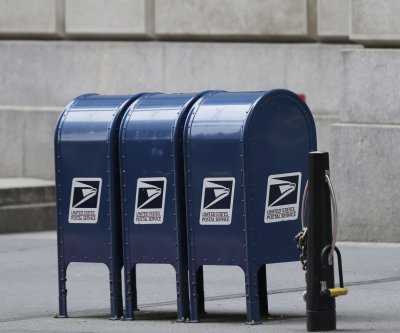 U.S. News // 17 hours ago
Kentucky expands mail-in, early voting for November election
Aug. 14 (UPI) -- All voters in Kentucky will be allowed to vote by mail in the November election if they're concerned about the risks of catching COVID-19, Gov. Andy Beshear said Friday.

U.S. News // 18 hours ago
U.S., Canada, Mexico extend border restrictions during pandemic
Aug. 14 (UPI) -- The United States announced Friday that it's extending its border closures with Canada and Mexico for another month.

U.S. News // 21 hours ago
Lawmakers recess until September without COVID-19 stimulus deal
Aug. 14 (UPI) -- Congressional lawmakers have left Capitol Hill for the remainder of the August recess, without a deal for the next COVID-19 relief package, which is expected to send another stimulus payment to most Americans. 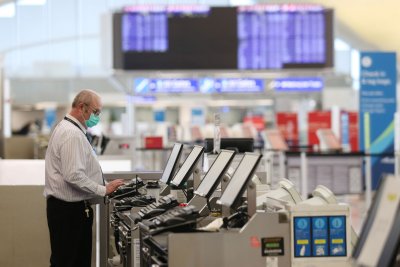