"We're confident the court of appeals will reverse this decision and uphold the patent claims," Peter Meldrum, president and chief executive officer of Myriad, told The Salt Lake Tribune.

But Meldrum said he did not expect a significant impact on the company's operations or earnings.

Meldrum said the New York U.S. District Court judge's ruling will have an impact on seven of Myriad's 23 patents and 15 of 179 areas covered by the company's patents.

He predicted the ruling, if it stands on appeal, could have far-reaching implications on the biotechnology industry, especially for start-up companies that need patent protections to attract investment for research and development.

"If the federal circuit court upholds this decision it, unfortunately I think, would be very bad for the biotech industry," Meldrum said.

The judge ruled in a legal challenge to the patents by the American Civil Liberties Union, Public Patent Foundation, researchers and several women with breast or ovarian cancer.

"The court correctly saw that companies should not be able to own the rights to a piece of the human genome," Daniel B. Ravicher, executive director of the foundation, said in a statement. "No one invented genes. Inventions are specific tests or drugs, which can be patented, but genes are not inventions." 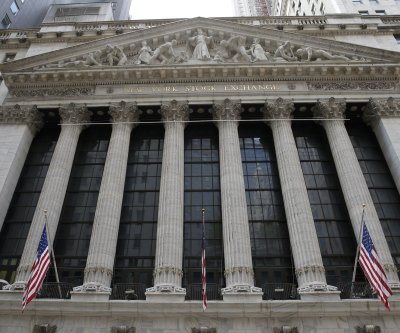 U.S. News // 3 hours ago
Survey: Most Americans approve of Supreme Court's job performance
Aug. 5 (UPI) -- The U.S. Supreme Court's approval rating has reached its highest mark in a decade, improving to 58%, according to a new Gallup poll released Wednesday.

U.S. News // 5 hours ago
Biden, other Democrats won't go to Milwaukee for national convention
Aug. 5 (UPI) -- Democratic presidential hopeful Joe Biden will not travel to Milwaukee for the Democratic National Convention this month to deliver his acceptance speech due to concerns about COVID-19, party officials said Wednesday.

U.S. News // 6 hours ago
HHS chief Azar to visit Taiwan in most senior U.S. trip since 1979
Aug. 5 (UPI) -- Health and Human Services Secretary Alex Azar will lead a U.S. delegation to Taiwan this week, becoming the highest-ranking Cabinet official to visit the island in four decades.