WASHINGTON, March 16 (UPI) -- U.S. House Speaker Nancy Pelosi added a new twist to the healthcare debate, suggesting she may try to pass the bill without members actually voting on it.

The California Democrat said a procedural maneuver could mean the House would vote on a package of changes to the Senate bill, which could signify -- under House rules -- representatives "deem" the healthcare bill to be passed, The Washington Post reported Tuesday.

The tactic -- known as a "self-executing rule" or a "deem and pass" -- has been used before, but not to pass legislation as huge as the $875 billion healthcare bill, insiders told the Post.

The self-executing rule is one of several options Pelosi said she is considering for a House vote expected later this week. She indicated she prefers this option because it would provide political cover to lawmakers reluctant to publicly support the healthcare measure.

"It's more insider and process-oriented than most people want to know," Pelosi said during a round-table discussion with bloggers Monday. "But I like it ... because people don't have to vote on the Senate bill."

Republicans jumped on the strategy, saying it was an effort to avoid taking responsibility for passing the legislation.

"It's very painful and troubling to see the gymnastics through which they are going to avoid accountability," said Rep. David Dreier, R-Calif., ranking Republican on the House Rules Committee. "And I hope very much that, at the end of the day, that if we are going to have a vote, we will have a clean up-or-down vote that will allow the American people to see who is supporting this Senate bill and who is not supporting this Senate bill."

U.S. News // 12 minutes ago
Multiple clipper-type storms to blanket Midwest to Northeast
bc-US-weather-storms-blanket-Midwest-Northeast As waves of cold air continue to bring bone-chilling conditions into north-central and northeastern United States, one or more storms from Canada will bring the chance for snow to over 50 million people on East Coast. 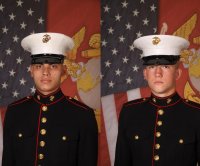 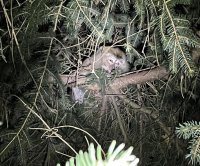