REYNOSA, Mexico, March 11 (UPI) -- Eight journalists were kidnapped and at least one was killed in northern Mexico in a record wave of abductions, an inter-American press advocacy group said.

Three of the journalists kidnapped between Feb. 18 and March 3 in Raynosa, across the Rio Grande from McAllen, Texas, have reappeared, the Inter-American Press Association reported.

One of the three was found in a coma, showing "signs of torture," and died at age 49 in a hospital three days later, never regaining consciousness, the group said.

Five other journalists are still missing, it said.

"The Mexican government must act with urgency and decisively to rescue these journalists alive and guarantee freedom of expression," said association President Alejandro Aguirre.

The kidnappings are believed to have been carried out by organized crime and drug gangs, the Miami-based association said.

Friends, colleagues and relatives and of the kidnapped journalists are afraid to give the journalists' names, much less report the kidnappings to authorities, "fearing further reprisals and endangering the lives of the hostages," the association said.

The journalists work for print, radio and other news media outlets.

Mexican state and federal prosecutors had no immediate comment on the report. 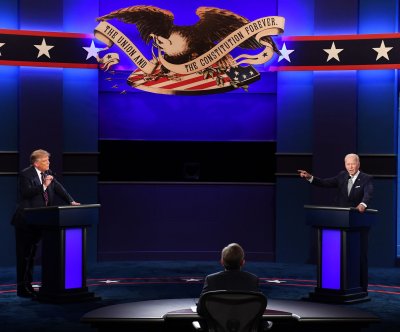 U.S. News // 9 hours ago
Hollywood Commission report: Majority believe harassers won't be held accountable
Sept. 29 (UPI) -- A majority of workers in the entertainment industry believe that people of power accused of sexual harassment are unlikely to be held accountable, according to an industry report released Tuesday.

U.S. News // 9 hours ago
Pennsylvania women receive life imprisonment for murder of 5 family members
Sept. 29 (UPI) -- A Pennsylvania woman and her adult daughter were each sentenced to five-consecutive life sentences after pleading guilty to murdering five of their family members in 2019.

U.S. News // 10 hours ago
Disney to lay off 28,000 due to pandemic
Sept. 29 (UPI) -- Disney announced Tuesday it's laying off about 28,000 employees in the United States in response to a loss of business because of the coronavirus pandemic.