FLAGSTAFF, Ariz., Feb. 24 (UPI) -- Flagstaff, Ariz., leads all U.S. cities with the most snowfall so far for 2010, in a season of sometimes epic snowfall in parts of the nation, authorities say.

To date there has been 118 inches, nearly 10 feet, of snow, surpassing the average amount of 109 for an entire winter, Flagstaff's Arizona Daily Sun reported Wednesday.

The normal snowfall through Feb. 22 is 72 inches.

In cities with populations over 100,000, Syracuse, N.Y., tops the list with 86 inches of snow. But even that total is almost 3 feet less than they've had in Flagstaff, with a population of 60,000, the Sun said.

National Weather Service meteorologist Justin Johndrow said Flagstaff has already broken one record this winter, having 78 consecutive days with at least 6 inches of snow on the ground.

Johndrow is predicting a strong storm this weekend. 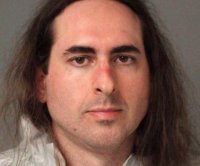 U.S. News // 8 hours ago
Powell, Yellen to tell lawmakers U.S. inflation will remain high for a while longer
Sept. 28 (UPI) -- Two top government financial officials will appear in Congress on Tuesday to give an update on the U.S. COVID-19 recovery, and note that inflation will likely affect the economy for longer than previously expected.

U.S. News // 8 hours ago
Ford to spend $11B to build Tennessee 'mega campus,' battery plants
Sept. 28 (UPI) -- Ford has announced an $11 billion push to move away from fossil fuels and build a new campus in Tennessee in a bid to "lead America's shift to electric vehicles" -- a plan it says will also create thousands of jobs.
Advertisement