SEATTLE, Jan. 10 (UPI) -- A propeller-airplane flight from Oregon to Washington state landed safely after a chunk of ice shattered the windshield at 15,000 feet, a passenger said.

Andrea Keenan and her husband were two of four other passengers aboard the Seaport Airlines turbo propeller plan Friday when the ice smashed the windshield, KOMO-TV, Seattle, reported.

"I saw that the windshield was completely smashed and there was no visibility whatsoever out of (the pilot's) line of view. I was extremely nervous. I have five kids, and I started crying," Keenan said.

When the pilot reached for an oxygen mask, some passengers feared the worst. The plane, however, lost altitude and then leveled out.

The flight landed with no injuries at King County International Airport in Seattle. 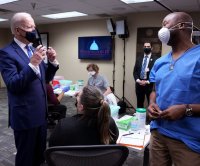 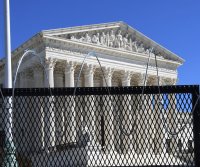