The exclusive ABC report said the secret prison operated in 2004 and 2005.

ABC News revealed the location of the secret prison in a Nov. 18 broadcast. The report said harsh interrogation techniques allegedly were used on al-Qaida suspects in a facility northeast of Vilnius. A CIA official and a Lithuanian official told ABC the U.S. agency built a hidden concrete structure to hold up to eight "high value detainees" at a time.

ABC said Povilas Malakauskas, chief of Lithuania's State Security department, stepped down without warning Monday after running the agency for two years. But Arydas Anusauskas, head of a parliamentary committee investigating the prison, said Malakauskas resigned because of the government's investigation of the CIA facility, Lithuanian media reported.

Anusauskas told LNK TV if the intelligence chief had told the truth from the beginning about his department's involvement in the CIA program, much of the government's investigation would not have been needed. 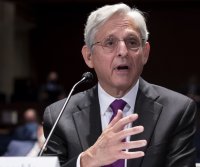 U.S. News // 1 hour ago
Man gets prison for buying Lamborghini, Rolex with COVID-19 relief funds
Nov. 30 (UPI) -- A man who fraudulently acquired more than $1.6 million through the U.S. government's coronavirus pandemic Paycheck Protection Program was sentenced to 9 years and 2 months in prison.

U.S. News // 5 hours ago
Dr. Fauci, others on Biden's COVID-19 team urge vaccines against Omicron variant
Nov. 30 (UPI) -- White House health officials said Tuesday that they are actively looking for the Omicron variant of the coronavirus in the United States and continued to stress the importance of vaccinations.

U.S. News // 2 hours ago
Prosecutors call 1st witnesses in trial of 'Empire' actor Jussie Smollett
Nov. 30 (UPI) -- Prosecutors on Tuesday called a Chicago police officer as their first witness in the trial of former "Empire" star Jussie Smollett, who's being tried for allegedly setting himself up as the victim of a phony hate crime. 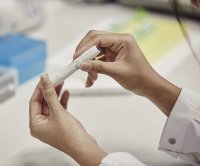 U.S. News // 2 hours ago
Altria can no longer sell IQOS vape-style device in U.S. due to patent dispute
Nov. 30 (UPI) -- Tobacco giants Altria and Philip Morris International can no longer sell or import its vaping like electronic cigarette in the United States, after a deadline passed over a patent infringement complaint with a rival.
Advertisement