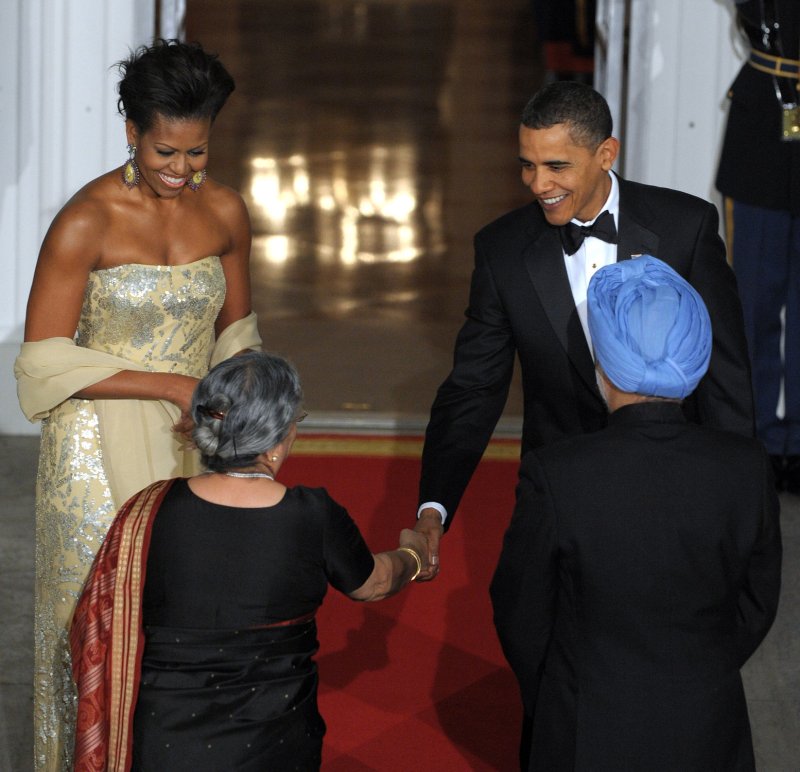 "On behalf of (first lady) Michelle (Obama) and myself, welcome to the White House," the president said.

He then drew applause when he repeated the welcome in Singh's native language: "Aapka Swagat Hai."

In his toast on the White House South Lawn, Obama said his first state dinner as president -- held following a day of meetings at the White House on a range of issues -- was meant to "celebrate the great and growing partnership between the United States and India."

"Mr. Prime Minister, today we worked to fulfill our duty -- bring our countries closer together than ever before," the president said.

Obama quoted India's first prime minister, Jawaharlal Nehru: "The achievement we celebrate today is but a step, an opening of opportunity, to the great triumphs and achievements that await us. … The past is over and it is the future that beckons us now."

Singh said Obama's election "has captured the imagination of millions and millions of people in India."

"You are an inspiration to all those who cherish the values of democracy, diversity, and equal opportunity," the prime minister said.

"Mr. President, your leadership of this great nation of the United States coincides with a time of profound changes taking place in the world at large," Singh said. "We need to find new pathways of international cooperation that respond more effectively to the grave challenges caused by the growing interdependence of nations."