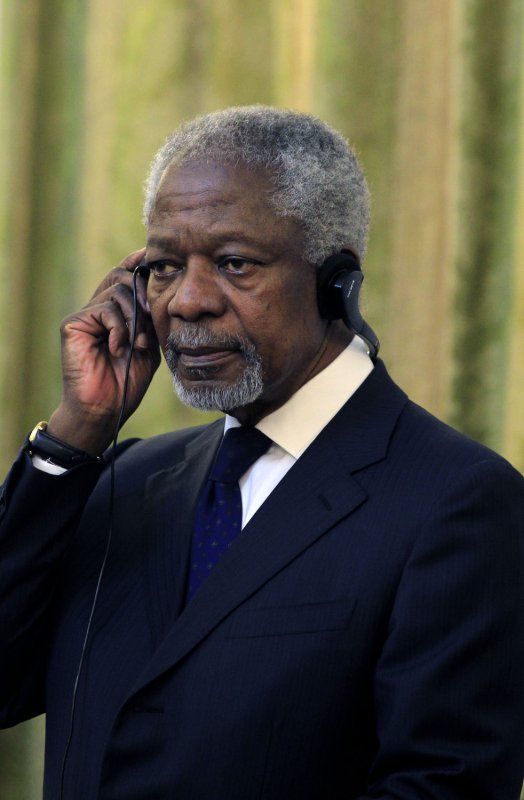 Ahram Online, an Egyptian news agency, reported Tuesday members of a constitutional committee revised the final draft of a new constitution to change the phrase "civilian rule" to "civilian government."

Annan, chairman of the human rights group The Elders, welcomed the revision as an important step.

"The constitution should protect, and indeed celebrate the extraordinary diversity and cultural heritage of Egypt and reflect the inherent value of pluralism for a healthy and vibrant society," he said in a statement.

Dozens of religious and political leaders were mandated to overhaul a 2012 constitution adopted by the administration of ousted President Mohamed Morsi. A Muslim Brotherhood member, his government was seen as favoring Islamic principles.

The military removed Morsi from office in July.

Ahram Online reports a referendum on the new constitution will take place mid-January.