The first female jirga has been set up in Pakistan's Swat Valley, an effort aimed at resolving disputes without anti-female bias perceived in male assemblies. 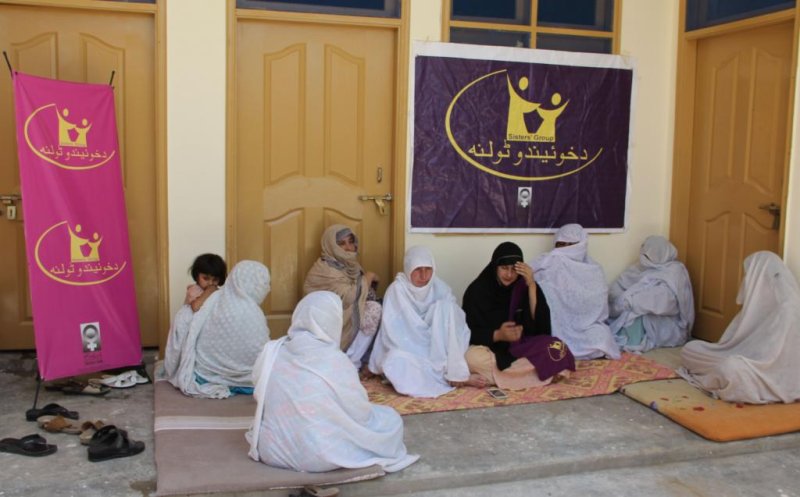 The session of the first female jirga is going on.

Tabassum Adnan, founder and head of the first female Jirga, is discussing an issue during the jirga session

The first all-female jirga -- or council -- has been created in the deeply conservative Swat Valley in Pakistan's Khyber Pakhtunkhwa province, a controversial effort conceived to resolve disputes without the anti-female bias the women say marks traditional male assemblies.

The 18-member group was established in June to find peaceful solutions to disagreements without resorting to violence or violations of a woman's rights. It resolves small conflicts, such as petty theft, on its own but refers larger issues, such as acid attacks or other violence, to the courts -- where the jirga's members often serve as legal advisers.

Male jirgas are traditionally composed of elders and other respected figures whose decisions are widely accepted in Afghanistan and the Pashtun parts of Pakistan. Women and legal experts, however, describe the assemblies as inherently biased against women. For example, girls are sometimes forced into marriage with a member of a rival group to resolve a conflict..

Tabassum Adnan, a social worker and activist, said the all-female council -- called Khwaindo Tolana, or 'sisters group' -- is a reaction to decisions that have gone against women.

"Now the time has come to resolve our issues ourselves," she told UPI Next. Adnan said creation of the female jirga would help the lives of women in the area.

Those forming a female jirga in an area like the Swat Valley see it as a landmark event for women's rights. The region was wracked by terrorism from 2007 to 2009 when the Taliban overthrew the civilian government and imposed a harsh version of Sharia law. They targeted women directly, banning girls' education, and confining women and girls to homes. Women were often publicly flogged for minor offenses.

One member of the local male jirga said he appreciated establishment of the female jirga, and assured the women his full cooperation.

"This is good that females realize their own issues can be resolved by themselves," Inam ur Reham, a head of Swat's male jirga, or Swat Qumi Aman Jirga, said.

"There are many female-related issues which they cannot disclose in front of men, so this is a good platform to discuss and resolve their issues," he said.

"We will promise our cooperation to them," Reham told UPI Next.

The female jirga is now providing legal assistance to three district court cases, including a fatal acid attack and a rape.

Adnan said the body has resolved 11 disputes related to domestic issues, such as the case of a widow who was to be evicted from her rented house without notice. The jirga intervened and the landlord gave her time to find a new home.

Cases are referred to the jirga by affiliated women throughout the region. Sometimes the jirga will refer more serious cases to law enforcement or courts.

"We properly involve judiciary, law and police in such issues, and resolve it under the constitution and law of the country," Adnan said.

Cases before the jirga vary widely, but often involve disputes over resources.

In a dispute involving pails used to fetch water from a common well, a woman named Hanifa went to the jirga for redress.

"I went to the female jirga where our issue was resolved without going into police station and involving men," Hanifa told UPI Next.

"If the jirga were not involved, males from both the sides would get into the matter and it would create harsh consequences," she said.

Sometimes the jirga contacts the wronged woman, rather than accepting disputes for a decision as would a traditional male assembly.

A woman named Bano was contacted by the female jirga after her son-in-law killed her daughter with acid. The council referred that matter to the courts.

"No one was ready to help me as I am very poor. I don't have money to buy food for my children so it was not possible for me to sue my son-in-law, so the jirga members contacted me and now they are fighting the case in the court," Bano told UPI Next.

Although many locals have welcomed formation of the female jirga, others oppose it, and claim women should concentrate on their responsibilities at home.

"They are not for decision-making and carrying out jobs outside their homes. It is not good in Pashtun societies," Iqbal Zada, a resident of Mingora, the main financial hub in the Swat valley, told UPI Next.